Meredith was in therapy, mandated by Bailey. Meredith believed she was fine and would be in and out. However, she had several sessions with him and at the end, he said she needed to figure out what was next and he felt comfortable signing the papers for Bailey.

A patient, 55, was brought in with chest pain. They determined he had indigestion and gave him an antacid and scheduled an upper endoscopy.

Maya, 15, had chondrosarcoma. She'd had her right leg amputated below the knee two years prior, but the cancer had recurred in her chest. She came to GSM hoping for a miracle. Alex consulted with Maggie and Callie and suggested titanium plates, the standard of treatment to bridge the gap after surgical resection of the cancer. Alex wanted the safest option, so they settled on the plates. However, when Maya heard about it, she asked about revision surgeries and decided she wanted another option. She consulted with Maggie and Callie and they made a plan to use a 3D printer to make Maya a new rib cage. Alex believed it was too risky, but Maya decided she wanted it. When they went to place the printed frame after removing the cancer, they found it didn't fit. In order to finish the procedure, they decided to pull on Maya's ribs to create the space they needed. It worked and they were able to place the new ribs. Maya was stable and awake after surgery.

Ted was brought into the ER after the rig he was on exploded. He had partial-thickness burns to his upper chest, which were treated in the ER.

Jonathan was brought into the ER after the rig he was on exploded. He had serious abdominal injuries and a depressed skull fracture. They used a wound vacuum to close his abdomen and put a ventriculostomy in his head. They planned to go back in the next day to operate to repair his abdomen and remove the drain. In surgery, his drain was easily removed, but when they removed the wound vacuum, he started bleeding profusely and wasn't clotting. Owen had Riggs paged in and together, they did a venovenous bypass, which was successful and allowed them to repair his liver. 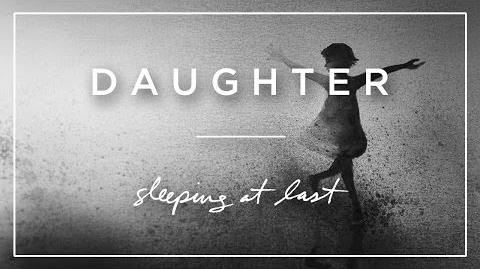 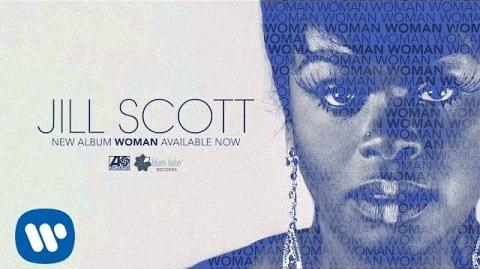 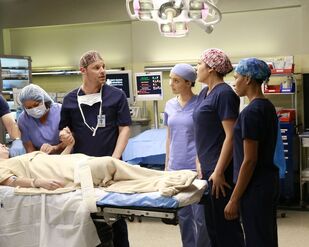 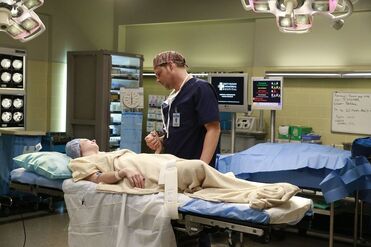 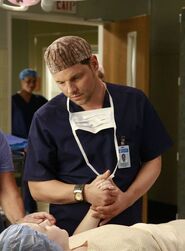 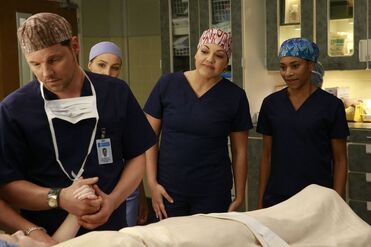 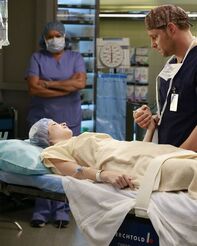 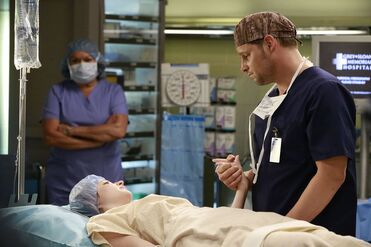 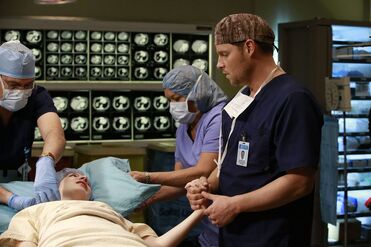 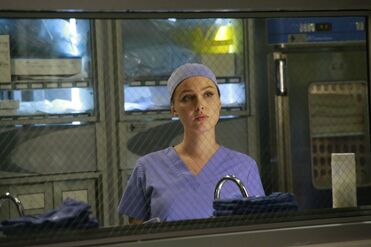 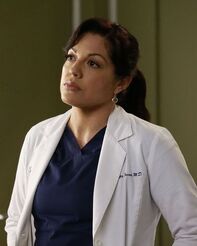 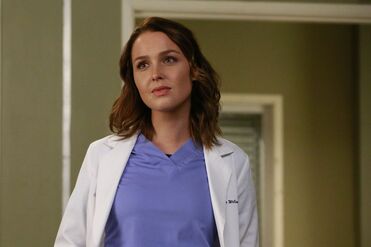 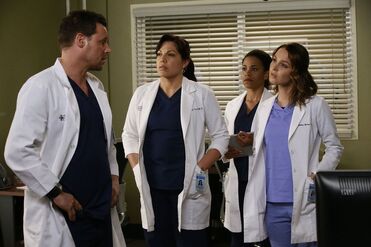 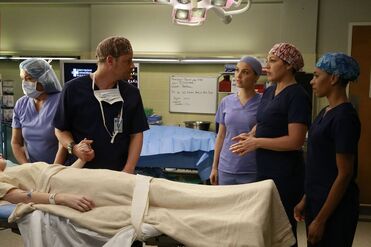 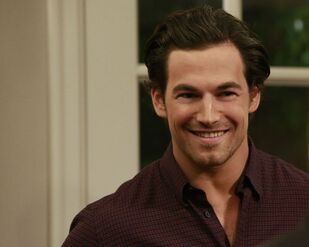 Retrieved from "https://greysanatomy.fandom.com/wiki/All_I_Want_is_You?oldid=173869"
Community content is available under CC-BY-SA unless otherwise noted.