All in the Family

Pete and Violet dressed up for Halloween.

All in the Family is the sixth episode of the fourth season and the 60th overall episode of Private Practice.

Addison and Sam's relationship is strained when they disagree over the treatment and safety of a comatose patient who has become pregnant, while Pete and Charlotte are faced with the ethical dilemma of revealing the HIV status of a patient who has been in a serious auto accident. Violet crosses some boundaries with Pete's family as she gets caught up in the fray of Lucas's first Halloween.

Georgie, 33, was in a ski accident two years ago and never regained consciousness. However, her husband, Bob, refused to give up hope. He perceived the remaining reflexes as signs of life. When Amelia was brought in to consult on her case, her husband insisted that Amelia run tests to see if anything could be done for Georgie. The results of the labs showed that Georgie was pregnant. They immediately assumed that she had been raped by a staff member at her care facility. However, when her husband found out, he admitted that he had gotten her pregnant and was excited about it. Georgie later started bleeding and had to be taken to the hospital. Addison operated, but her cervix had dilated and her placenta had detached, so she hadn't been able to save the pregnancy.

Jacob, 43, was in a car accident. He had some facial lacerations and a bruised arm. He tried to leave the hospital, but was told he'd need to give a statement first. After finding out that the other man in the car had been a male prostitute, Charlotte tested Jacob for HIV. He came back positive. Pete told him about it and he spoke to Violet, who tried to convince him not to live a lie. He later confessed to his wife, who knew all along and was okay with it, but became upset at hearing that he had potentially exposed her to HIV.

Evan, 22, was in a car accident. He had a closed head trauma and a possible fractured tibia. Because of his contact with Jacob, they asked if he always used condoms with his tricks. He said he did, but Jacob wasn't one of his tricks. Jacob's his boyfriend.

Angela had had a bladder reconstruction. Charlotte said she was completely healed and was okay to start trying for a baby. However, when her husband tested positive for HIV, Charlotte wanted to tell her. They convinced Jacob to tell her himself, but she already knew he was gay. She was okay with that, but only became upset when she found out he had HIV and could have exposed her to it.

Bob talked to Sheldon during Georgie's surgery, trying to get him to understand that Georgie wasn't coming back. He didn't and after she lost the pregnancy, he talked to her about "trying again," leading Addison to call the police on him. 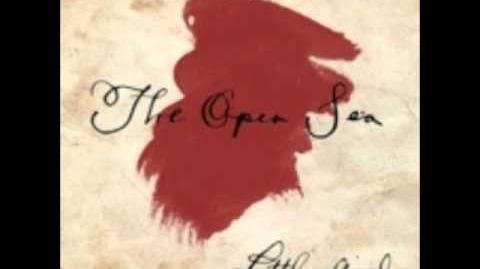 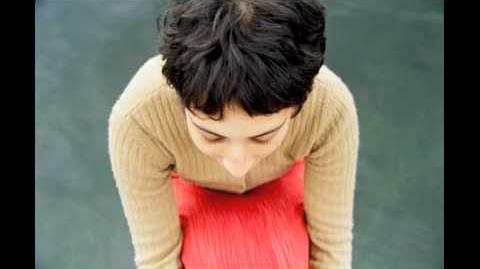 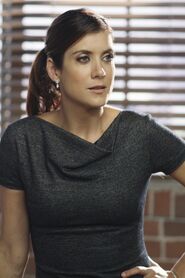 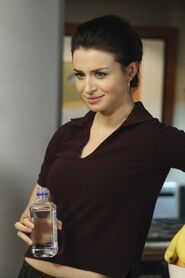 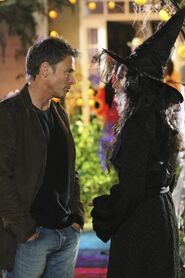 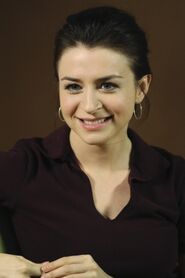 Violet: My mother made these really great Halloween costumes. My fourth-grade sunflower won first prize. No, and then one year, I was Raggedy Ann, and she made these authentic pantaloons with a wig made out of red yard. And well, she actually sewed me into the pantaloons, and then she told me that I couldn't get out of them. So, um, I peed my pants trick-or-treating and was humiliated because she's a sadistic narcissist with serious intimacy issues. But she made really great costumes. Did you dress up? You ever go out trick-or-treating with your brother?
Pete: Uh, Adam and I used to egg trick-or-treaters.

Retrieved from "https://greysanatomy.fandom.com/wiki/All_in_the_Family?oldid=228938"
Community content is available under CC-BY-SA unless otherwise noted.