Mark and Addison talk about Sloan.

Michael Zinberg
Another Second Chance is the eleventh episode and mid-season premiere of the third season and the 42nd overall episode of Private Practice.

Desperate to help his pregnant daughter, Mark follows Addison back to Oceanside Wellness, Dell and Naomi struggle to raise their children under the same roof, and Violet and Cooper heatedly disagree on how to treat a patient.

Mark's daughter Sloan is brought to Oceanside Wellness in hopes Addison can operate to save Sloan's baby. The surgery is so the baby has both his legs when he is born, His legs are being compromised in the womb, so the surgery is necessary. While Mark is waiting for Sloan to recover, Addison and Mark sleep together in her office. In midst of things, They are caught by Sam and Pete.

A little later in the episode Mark told the members of the practice that he was considering a move to L.A, to be rid of Seattle Grace.

When Addison operates on Sloan, she starts to bleed out. While Sloan pulls through, she changes her mind yet again, that she is not ready to be a mom. Addison counselled Sloan about the possibility of adoption. Sloan responds well to that particular idea and sees it as the best option for both her and the baby.

Addison and Mark discussed whether he wanted to be with her or if it was just easy. Mark chose to head back to Seattle and Lexie.

Elsewhere, Cooper made a house call to a patient whose mother is a hoarder. With Violet's help, the mother got rid of everything. Cooper and Charlotte, who were fighting, continued arguing.

Naomi felt that Maya hated her. Dell, who had been living with Naomi ever since Heather's death, noticed that Betsey was having trouble ever since her mother died. Dell apologized to both Pete and Betsey.

Maya instead of confiding in her mother went to Addison with a home pregnancy test.

Sloan came to LA for Addison to do the surgery to cut the bands around the baby's legs. Because of her stress over the surgery, her blood pressure was high. Addison called in Pete to help her. He got her blood pressure down and allowed her to sleep. Then Addison took her into surgery. She blew the AVM, but she was able to fix it.

Cody had a cast on his arm from where he'd broken it. Cooper made a house call to remove it. When he removed it, he saw that Cody had a pretty severe skin infection. Cooper took him to the hospital to get the infection treated.

Andrea was a hoarder who piled things all over her house. Violet spoke to Andrea about why she kept the things she kept. She said Cody might want it someday. Violet then came to Andrea's house and tried to talk her into throwing some things away. She asked if her compulsion to keep everything was triggered by the death of Cody's father. They later found out that Cody also had a sister who died in the same crash that killed his father. Violet suspected that her death was the trigger for the hoarding impulse. She came back to Andrea's house and was able to convince her to start throwing things out. 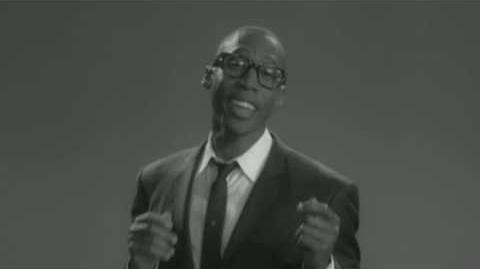 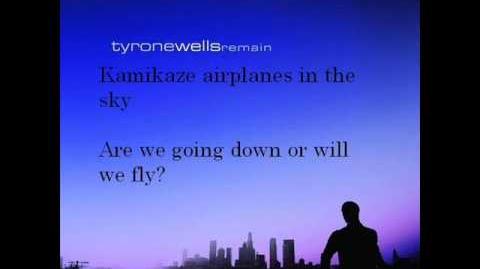 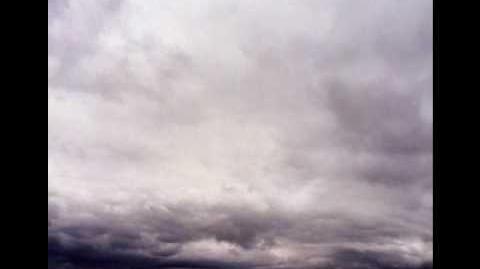 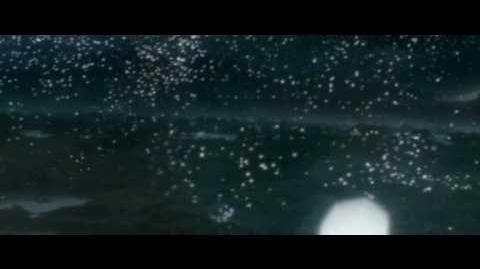 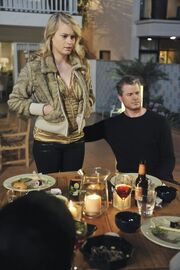 Addison: Have you ever considered adoption?
Sloan: Like when you pick parents from the Pennysaver?
Addison: No, that's just in Juno.

Pete: (seeing Mark and Addison naked in her office) Too bad I joined the other practice. This place has perks.

Mark: This is ideal. Three parents. No one gets overwhelmed. Everyone still gets to have a life.
Addison: Mark.
Mark: This is our second chance. Don't you see it?
Addison: What if there wasn't a baby?
Mark: What? What happened?
Addison: Nothing, nothing happened. The baby's fine. It's just... What if Sloan changed her mind or there wasn't a baby, would you still want to move down here, join the practice, be with me? 'Cause you keep asking, and you paint a pretty picture, and I'm just lonely enough and I'm just scared enough and I'm just freaked out enough that if you ask me again, I might say yes. So, I'm asking you not to ask me again if it's not about me, if you're just heartbroken or in love with someone else, or you just want me to help you with a baby that you may or may not be able to raise. Don't ask me, 'cause I don't know anything. I don't know anything anymore, except I can't fall in love with a man who's in love with someone else. That much I know. I can't do that again, so please, if you're still in love with the Grey girl, go back to Seattle. But if you're not, and if you're serious, and you want me, then ask again.
Mark: I'm so sorry. I'm sorry, Red.
Addison: Yeah, me too.