Jackson and April decide to get married

April and Jackson's Wedding is the wedding between April Kepner and Jackson Avery.

After standing up at April and Matthew's Wedding and declaring his love for April, Jackson left with April. They drove for a while before April had him pull over and told him it a crazy for them to run away together. Through this, they decided that they needed to get married or they wouldn't be able to face people when they got back. ("Take It Back")

They drove to Lake Tahoe, where April found a new wedding dress and they found a minister to marry them. ("Unbreak My Heart") 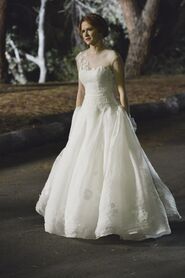 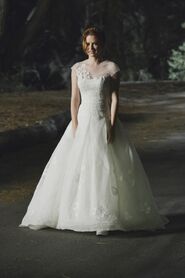