April and Matthew with their wedding party

Get Up, Stand Up

April and Matthew's Wedding is the aborted wedding between April Kepner and Matthew Taylor.

After they'd been dating for some time, Matthew decided he wanted to marry April and planned an elaborate flash-mob proposal. She happily accepted. ("Readiness is All")

After seeing April's reaction to Jackson's apparent death, Matthew figured out that April had a prior relationship with Jackson and asked her if she only accepted his proposal because it was public. She assured him it wasn't true and eventually proposed to him privately. ("I Want You With Me")

As they planned the wedding, they did premarital counseling with Reverend Drew and he found them to be 90% compatible. Despite this, Matthew worried about problems because she'd had sex before and he hadn't. They talked about just doing it, but April decided against it, saying she didn't want to be the reason he broke his promise to God. ("Two Against One")

April's sisters came into town to meet Matthew and help prepare for the wedding. They also met Jackson, whom they all liked. ("Two Against One")

April wanted Jackson to come to her wedding, but worried about it being weird. She instead invited Stephanie and told Jackson he could come as her plus one. She insisted that she wanted him there. ("Somebody That I Used to Know")

April sisters threw her a bridal shower, where they picked on her, causing her to explode at them declare that she was replacing them as her bridesmaids with Arizona, Meredith, and Cristina. ("Man on the Moon")

On the day of the wedding, April worried because her new bridesmaids all had their own problems when the attention was supposed to on her for the day. Despite this, they got it together and got her ready. Reverend Drew started the ceremony and everything was going well until Jackson stood up and declared his love for April, shocking everyone. ("Get Up, Stand Up") April decided to leave with Jackson, ending her relationship with Matthew. ("Take It Back") 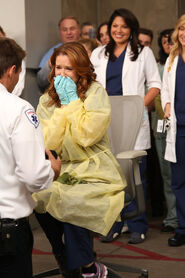 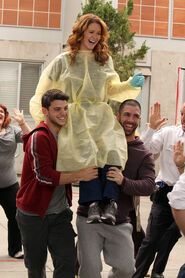 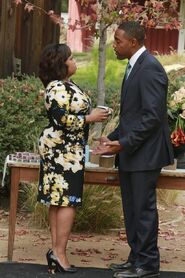 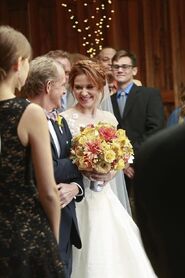 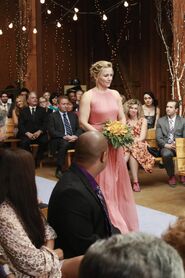 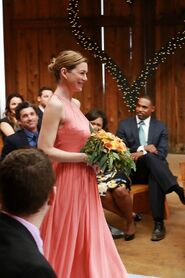 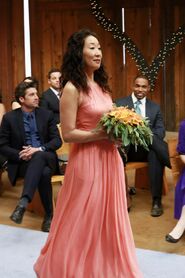 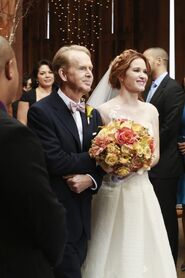 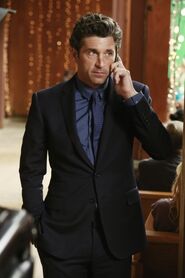