GA: Before and After

Archer Forbes Montgomery is the brother of Addison Montgomery. He is a famous neurologist and author.

Archer was born in Connecticut into a wealthy background along with his younger sister, Addie, and mother, Bizzy Forbes.

When Addison was seven, she fell off her bike in the vineyard while going downhill because her tire came off. She flipped over the handlebars and scraped her face, but Archer picked her up, told her it was going to be okay, and carried her the half mile back home. This is how Addison has always seen her brother, as the big brother who carried her home. ("Acceptance")

Archer came to Los Angeles without telling his sister he was coming. She discovered him on her kitchen floor, having sex. He told her he was there for a winter launch party for his publisher. After the party, he took Naomi home and had sex with her, upsetting his sister and Sam, who punched Archer when he found out. During the party, Archer told Kevin, Addison's boyfriend, that he wasn't good enough for her, causing him to doubt their relationship. Addison confronted Archer on that and told him he needed to leave. ("Tempting Faith")

Archer returned to Los Angeles when he was hired to replace Wyatt Lockhart at Pacific Wellcare Center. ("Nothing to Fear")

His first case in Los Angeles was Jane Williams, a pregnant woman who had had a stroke. He and Addison disagreed about her treatment but ultimately worked together to save her life and her baby. After the case was finished, Addison said that she was glad he was there, but he needed to stay out of her personal life. ("Second Chances")

After Archer had a tonic-clonic seizure after having sex with Naomi, she took him to the hospital. He insisted that he was okay and left the hospital against medical advice after telling Naomi not to tell Addison. When Naomi pushed, he admitted he had an inoperable glioma in his brain. Naomi cracked and told Addison, who got Archer's scans. While he was looking at his scans, they noticed upward-gaze palsy, which wasn't consistent with his diagnosis, so they got another CT scan. When they saw multiple lesions, Archer diagnosed himself with neurocysticercosis. Addison wanted to call Derek to see if he could remove them. Archer wanted to try antiparasitics instead. Addison pleaded with him, saying she wanted to fix it because she didn't want to lose him. When he had another seizure, he was admitted to the hospital and given a paralyzing agent in an attempt to stop the seizures. When that didn't work, the neurologist wanted to induce a coma. Once Archer was in the coma, Addison called Derek to see if he could help. ("Acceptance")

Archer was brought to Seattle for Derek to operate on him. He had to be stabilized in the ER before being taken to CT, which revealed that the single cyst from his previous CT had multiplied and he now had eight. They were clogging the left ventricle. Derek said surgery wasn't an option and Archer was going to die. He consulted with two other surgeons who agreed that it was inoperable. However, Addison encouraged him to try harder and Sam suggested that he think about it as if there were only one and work on a plan to extract them one at a time. Archer didn't believe Derek could do it and didn't want to have the surgery, but Derek goaded him into agreeing to the surgery by calling him a coward. He removed the first seven cysts easily, but the eighth cyst ruptured in his brain and released the worm into his brain. Archer's heart stopped, but Derek insisted on finding the worm before starting compressions. He found the worm and Archer stabilized. He was stable in his room after surgery. ("Before and After")

Archer woke up after his surgery. Because his speech was still slurred and his vision was blurry, he was convinced that Derek missed something and demanded that he run a CT. Derek denied his request, saying his exam was normal. However, Archer went around him and the CT showed what looked like persistent cysts. He believed he was going to die, so he confessed to several embarrassing things. When Derek saw the CT, he came into Archer's room and explained the sacs had filled with fluid and would clear in a month. ("Ex-Life")

After Addison told Naomi that Archer was cheating on her, he decided to go back to New York. He left without saying anything to Naomi about it. ("Wait and See")

After Bizzy killed herself, the family gathered in Connecticut for a public memorial service and a private internment. The night before the memorial, Archer slept with Naomi. After the memorial, he got drunk. And at the internment, he cried. ("Home Again")

On arrival in LA, Addison walked in on Archer having sex with a woman in her kitchen. ("Tempting Faith")

After his publisher's launch party, Archer took Naomi home and they had sex. ("Tempting Faith")

When he was hired by Pacific Wellcare and returned, they resumed their sexual relationship. ("Nothing to Fear")

Naomi enjoyed the sex, but she was upset to learn that Archer had a date with another woman. He said that he was the good-time guy and wasn't going to be her boyfriend. However, he showed up at her house instead of going on his date, saying he'd rather be with her. ("Second Chances")

When he believed he was dying, he lamented not being able to be a better man for her. ("Ex-Life")

Shortly after his recovery, Addison caught him with another woman while Naomi believed they were monogamous. Not long after that, she caught him after sleeping with Charlotte King. She told Naomi that he was cheating and Naomi went to his office to find that he had left. ("Wait and See")

When Naomi came to Connecticut for Bizzy's funeral, she and Archer slept together. ("Home Again")

He had sex once with Charlotte King. ("Wait and See")

He is very close with his sister, Addison.

Archer was part of Addison and Derek's group of friends but he always disliked Derek even before the divorce, with Derek referring to him as "an ass". ("Before and After")

He is a world class neurologist and a famous author, writing up interesting medical cases he has had. ("Tempting Faith") 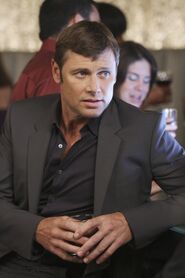 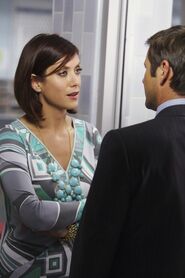 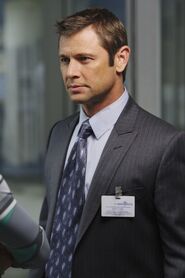