Levi, Ben, and Pruitt watch in horror as a car comes into the bar

The Bar Crash is the crash that happened when Joan drove through the front of Emerald City Bar.

Ben and Pruitt, Nico and Levi, and a group of residents were having drinks at Emerald City Bar when a car broke through a window at the front of the bar. ("Let's All Go to the Bar")

Casey Parker believed there had been an explosion and hid, as it gave him flashbacks to his time in the war. Pruitt and Ben checked the car for leaks and didn't find any. The front entrance of the bar was blocked, so they checked the back door and found that it was also blocked. While they waited for the firefighters to arrive, they started to tend to the injured inside the bar, including Blake Simms, who had facial trauma, and Taryn Helm, who had an injury to her leg and pelvis.

Inside the car was Joan and Don. Joan said she wasn't hurt, but her husband Don was. She said her husband had had two prior heart attacks and grabbed his arm in pain while she was driving. She started driving to the hospital, but someone was in the road ahead of her, so she swerved and ended up running into the bar. Ben helped her determine that her husband was still breathing and then told her help was on the way.

When the firefighters arrived, they learned that the back door of the bar was blocked by a construction truck. They got a group of firefighters together, but were unable to move the truck. They also started to work on stabilizing the car so it wouldn't fall farther into the bar.

As they were stabilizing the car, Joan told them Don wasn't breathing, so Ben talked her through starting chest compressions. They were able to pass supplies through a window and they used a LifePak to defibrillate him.

With additional firefighters, they were able to move the truck, but then a tow truck arrived to finish the job.

Travis was able to access the car from the back. They put a collar on Don and pulled him back out, then Travis started working on Joan. Her seatbelt was stuck, so she pulled out some crafting scissors she had in her purse. She went to cut the belt, but the car lurched forward and she stabbed herself in the neck. Travis immediately applied pressure to her neck as he worked to get her out of the car.

Once the truck was moved, the firefighters entered the bar and started evacuating the bystanders and wounded from the bar. Joan unfortunately died in the bar of her wound. ("I Know This Bar")

At the hospital, they prepared to take care of the injured. At the hospital, Blake was criked and had mid-face instability, Taryn had a broken leg and pelvic pain, Casey had a scalp hematoma and was still asking about a bomb. Hannah had only minor scrapes and bruises, so she was cleared to return to work. Casey briefly disappeared after getting a scan, but was found and moved to the neuroICU while Taryn and Blake had surgery. ("Help Me Through the Night") 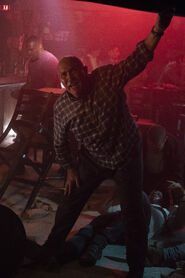 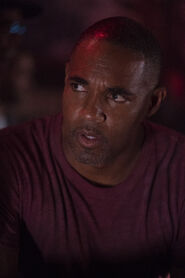 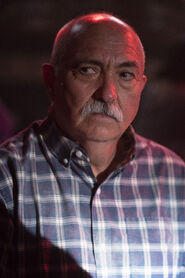 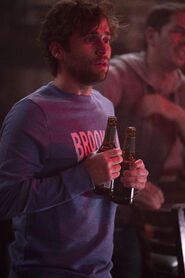 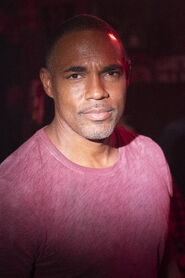 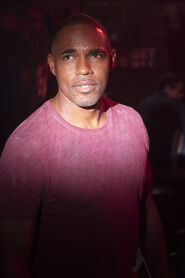 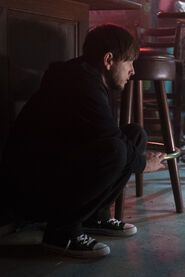 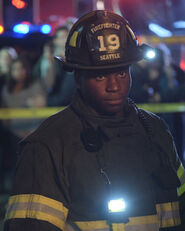 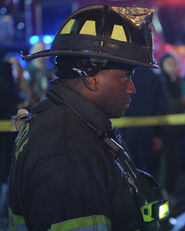 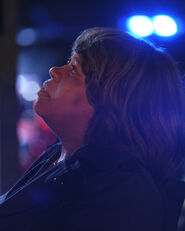 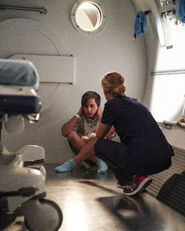 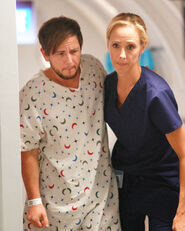