The Blizzard is a blizzard that raged in Seattle.

A blizzard started in Seattle. On the second night of the blizzard, power went out in some parts of Seattle, so Station 19 opened its doors to anyone who needed a warm place to wait out the storm. Among them were Rose and Roman. While Travis was answering the phone, he got a call from Pilar, who was trapped in a car. She'd been on hold with 911 for an hour. She worked with Travis on what she could remember about before her car went off a bridge and he sent a crew out to save her. However, they were unable to locate her and had to move on to the next call. Travis stayed on the phone with her, providing comfort to her until she stopped replying to him.

Jeff came in after accidentally cutting off his foot with a chainsaw and then stapling it back on. They moved him into the PRT, where they re-amputated his foot so they could properly clean the area. Then they bagged up his foot so it could be reattached at the hospital, where Vic later dropped him off.

Down the street at the hospital, the doctors treated multiple patients with frostbite.

Cormac had a six year old patient, Elisa, who was in liver failure. A liver had become available for her, but they couldn't go get it because of the snow. Andrew impulsively volunteered to go on foot to get it and left the hospital. While he was gone, Elisa started hemorrhaging and they were forced to place a shunt to buy them time. Andrew arrived soon afterward with the liver, which was transplanted successfully. Andrew, meanwhile, had severe frostbite in his fingers from his time out in the cold. The fingers were treated in the ER.

Kendra came into the ER with her wife, Lesley, whom she had hit with her car while driving in the snow. Lesley was 32 weeks pregnant and worried she'd been having contractions. She had crush injuries from being hit by the car. She had a c-section and a thoracotomy, saving her life. The baby was intubated and taken to the NICU, where she was stable.

Joey Phillips, who had been in the hospital for some time, was discharged during the blizzard. Bailey, not wanting him to be released to live on the street during a blizzard, invited him to come to her house to stay with her family. ("Snowblind") 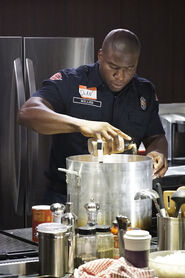 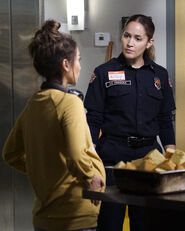 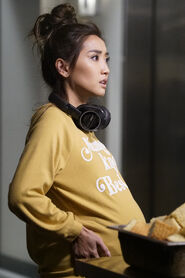 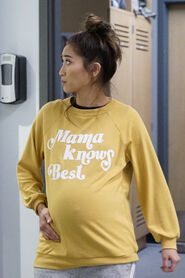 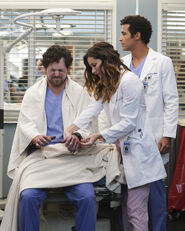 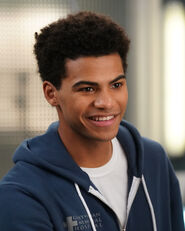 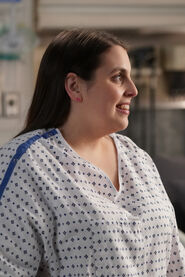