Some Kind of Miracle

Bonnie Crasnoff was one of the many victims of the train crash, in which she and another man, Tom, had a metal pole running through them.

Bonnie was admitted to Seattle Grace after a train crash, she along with a stranger named Tom were impaled with a pole but the two managed to make light of the situation, even joking about needing breath mints, and they grew emotionally close. Bonnie didn't immediately realize the full extent of her injuries but after an MRI, the doctors discovered that the pole had severed Bonnie's spinal cord and was unable to move her own feet. Because the injuries were more extensive, it was almost definite that she would die when the pole was removed. She went into surgery with Tom and asked Derek to say goodbye to her fiancé if she died and asked Tom quietly if he believed in heaven. When the pole was removed, she began to bleed out and flatline and all the doctors but Meredith abandoned her to work on Tom (who survived). However, it was clear that once Meredith stopped with the compressions that Bonnie would die so Bailey stopped her and called the time of death. ("Into You Like a Train")

Bonnie appeared to Meredith after she drowned in Elliott Bay. In the afterlife, she kept reliving the day she died, bleeding from her abdomen and collapsing. By the time Meredith admitted that she'd stopped fighting to live, they worried that it might be too late for her. ("Some Kind of Miracle")

She had a fiancé named Danny who was flying out to Seattle. Before the surgery, she asked Derek to relay a message to him. Derek told Danny that she had said that if love were enough she would still be with him.

Bonnie was attached to Tom with a pole that stuck through them in a train accident. Because her injuries were more extensive, she was the one to die, though Tom's life was saved. 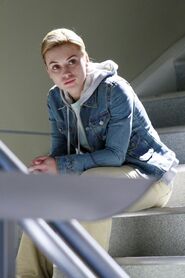 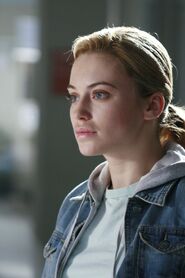 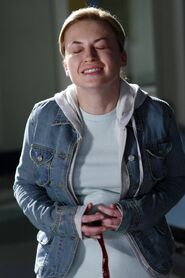 Retrieved from "https://greysanatomy.fandom.com/wiki/Bonnie_Crasnoff?oldid=270072"
Community content is available under CC-BY-SA unless otherwise noted.