Burke and Cristina at their wedding

After not speaking following the Chief finding out about Burke's tremor, Cristina finally broke the silence and conceded victory. Burke responded by proposing marriage. ("Great Expectations")

Over a week later, Cristina hadn't answered and wasn't wearing the ring, so Burke questioned her about it. She said it was under advisement. That night, she told him she doesn't do rings, but she accepted the proposal. ("Wishin' and Hopin'")

Cristina later told Burke their wedding had to be small, just the two of them plus Meredith and Derek if he wanted. And a non-religious officiant. ("My Favorite Mistake")

Burke insisted on Cristina testing wedding cakes while she was studying for her intern exam. He brought the cakes to the hospital so she could taste them at work. At the end of the day, she chose red velvet. ("Desire")

When Cristina and Burke's mothers both came into town, they forced Cristina into planning a wedding nothing like what she wanted. They took her wedding dress shopping and forced her to pick bridesmaids. She asked Burke about it and he claimed he didn't think she was serious when she asked for a small ceremony. ("The Other Side of This Life, Part 1")

The day before the wedding, Derek, the impromptu best man, Derek, threw a bachelor party at Emerald City Bar. He invited Mark and because he needed warm bodies, Addison. ("Testing 1-2-3")

On the day of the wedding, Burke's mother shaved off Cristina's eyebrows and gave her a necklace that was worn by five generations of Burke women on their wedding days. When she arrived at the chapel, Cristina realized that when she'd scrubbed in for surgery, she'd washed off the vows written on her hand and started to panic. Meredith calmed her down and convinced her to walk down the aisle, but before she could Burke came out and said he was sorry for trying to force her to be the woman he wanted and left. Meredith then went to the front of the room and told everyone they could go home. ("Didn't We Almost Have It All?") 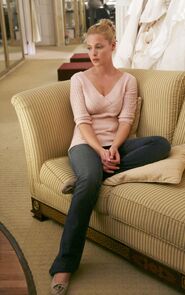 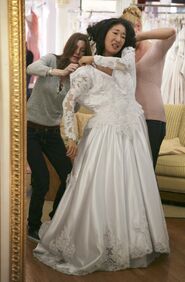 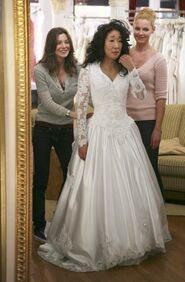 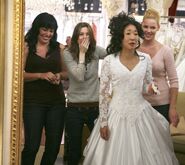 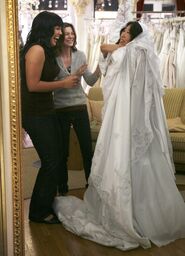 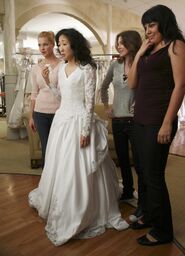 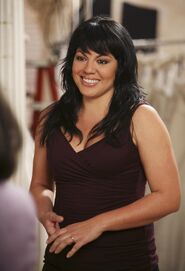 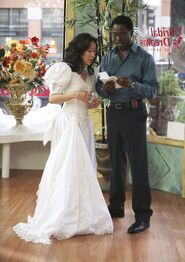 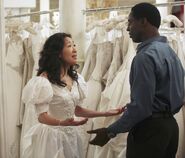 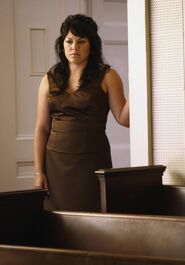 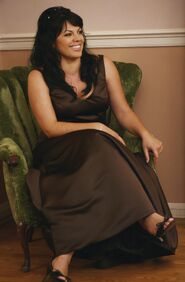 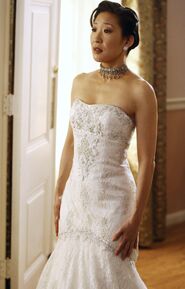 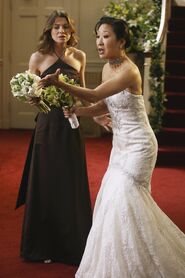