Crime and Punishment is the eighth episode of the second season and the 17th overall episode of Private Practice.

Addison and Charlotte work together to save the lives of a pregnant woman in a coma and her unborn child, as Pete's girlfriend, Meg, clashes with members of the Oceanside staff when she begins seeing patients there, and Violet seeks Kevin's advice when a patient is suspected of murdering his wife.

Doug called Violet, his doctor, after he killed his wife in what he claimed was a mercy killing as she was dying of Wegener's disease. Violet continued to counsel him as he was jailed. She eventually got him to confess that she hadn't asked him to kill her. He had murdered her.

Kevin stayed at Addison's place, recovering from his gunshot wound.

Elena Debray found out she was pregnant the day before the accident that left her in a coma. For the next eight months, she was on life support as the fetus gestated. Her boyfriend, Shawn, wanted Addison to allow her body to labor and deliver vaginally, but she recommended against it because the baby was breech. Addison put her on terbutaline to stop the contractions temporarily while Charlotte had St. Ambrose's legal team investigate. They found out that Shawn and Elena were never married, meaning that her parents still had legal authority to make medical decisions for her in her stead. They instructed Addison to perform the c-section. However, before she could do so, Shawn petitioned the court as guardian of the fetus and stopped the process. Ultimately, a judge stepped in and convinced Shawn to withdraw his protest rather than being ruled against. Addison performed the c-section and successfully delivered their daughter. Unfortunately, Addison was unable to save Elena and she died during the surgery. 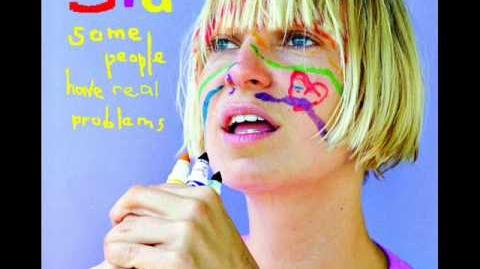 "You Have Been Loved" - Sia 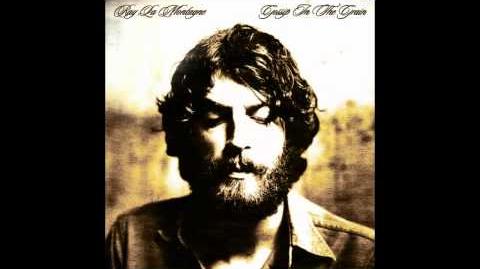 "Achin' All the Time" - Ray LaMontagne

Cooper: The elevator's mine. You can have the fourth floor, but the elevator's mine. Take the stairs.
Charlotte: Tell you what. I'll give you one more day to calm yourself down, work through your anger, angst, whatever it is you're all hot and bothered about, and then we're gonna get together and discuss this like grown adults.
Cooper: I'll tell you what, Charlotte. Go to hell.

Meg: Dell shamed a young woman for wanting an abortion. Drove her away. Great standard for patient care you got going here.
Pete: It was unprofessional and we'll talk to him. But we need to talk too. You offered abortions to patients without consulting anyone else.
Meg: I'm a doctor. I don't need to consult anyone about my medical care. In Africa...
Pete: This isn't Africa. You're a doctor who's working with six other doctors who have opinions about cases and about the reputation of their practice.
Meg: Oh, I'm screwing up your reputation? That's what this is about.
Pete: You completely disregarded everyone else who works here. So, yes, that does reflect on me. This is my domain.
Meg: Okay, so here it's not about doing the right thing, it's about doing what everyone else thinks you should do. Your domain feels a little like a cult, Peter.
Pete: No, Meg, it feels like a family that's just getting back to normal, and I am not going to stand here and let you mess it up again.
Meg: Fine. I'll go. I hope you enjoy your family.

Naomi: I spend all day, every day, trying to help women make babies, who stopped believing that they ever could. If someone's gonna be in the next room terminating pregnancies, don't you think I should know about that? Especially as someone who's not even a member of our practice?
Violet: I can't believe this is such an issue for you. I wish that I had known a doctor like Meg or a place like our practice when I needed an abortion. I had two. I had a very misspent youth and made some mistakes.
Addison: You don't have to tell us.
Violet: I wasn't going to. But I'm not ashamed.
Addison: I was. I had one, and I was embarrassed. And scared. I was everything a woman shouldn't be.
Naomi: Well, I fertilize eggs every day, and I believe that life begins at conception.
Violet: So, what, it's murder?
Naomi: I believe what I believe.
Violet: I believe things aren't so black and white.
Naomi: Well, you don't do what I do.
Violet: No, I deal with women who have had children who shouldn't have.

Meg: You have every right to your own feelings and opinion about abortion. If that's the issue, I'm not here to try to change that. But if you wanna be a midwife...
Dell: We work really hard to create babies here. We are in the business of bringing babies into this world.
Meg: Look, I don't know you very well. I certainly don't know you well enough to judge you for this. But you don't know Renee very well, yet you were quick to judge her.
Dell: What, was she raped?
Meg: Would it matter if she was? Would that make it okay? I mean, does that make her more or less worthy? We don't get to know why. That is her business. That's her choice, Dell. That woman agonized over a difficult choice, made it, and came in here. I guarantee you she was already worried about people out there judging her, only to have you make her feel ashamed. But we are medical professionals. It is part of our job to support her once she has made the hardest choice imaginable.

Dell: You're anti-abortion.
Naomi: I am. Yeah, unapologetically.
Dell: Do you think it makes a difference why a woman would want to have an abortion? Like rape or...
Naomi: I think it matters why it bothers you.
Dell: What do you mean?
Naomi: Well, if you're against it for religious beliefs or personal beliefs, that's one thing. God or something in your soul is trying to tell you something. I refused to even learn how to perform the procedure in medical school. I couldn't. I just... I couldn't. But if abortion bothers you for other reasons...
Dell: What?
Naomi: Look, I don't wanna be responsible for swaying you to the other side.
Dell: What?
Naomi: Did your child's mother? Did she consider having an abortion? You tried to talk her into getting one.
Dell: Yeah.
Naomi: And now you look into your daughter's beautiful face, and you feel guilty.
Dell: We went to the clinic, and she wouldn't get out of the car. And I yelled at her. I yelled at her. And, you know, now I just can't believe I yelled at her.
Naomi: Then I think you are not against a woman's right to choose. You're just punishing yourself for the choice you almost made.

Pete: You asked what happened to me between then and now. I have a dead wife that I hated. Hated. Until the moment she was gone. And if I could take back the hate... But I can't. And it killed a piece of me. There is a piece of me that no longer exists because of her.
Meg: So when you feel threatened?
Pete: There are very few women that I trust.
Meg: You trust the women here. Naomi, Violet, Addison.
Pete: They're family.
Meg: And I'm not?
Pete: I'm trying, Meg. I'm doing the best I can, okay?