After Denny's death, he visited Izzie Stevens to find out the full story of how his son died and how he managed to propose to a woman like Izzie on the day that he died. He accused her of wanting him for his money. After she explained, he gave her an envelope which held a check for $8,700,000.

Denny Duquette, Sr. married and had one son who was named after himself.

When his son was diagnosed, he and his wife were devastated. One day, Denny disappeared, leaving a note that he didn't want them to have to watch him die. They assumed he was dead until he left them a voicemail saying he'd gotten a new heart and was engaged. ("What I Am") 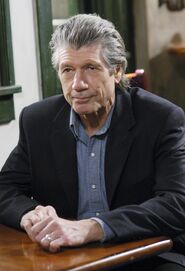