Derek Bailey Shepherd is the only son of Meredith Grey and Derek Shepherd. He has two siblings, an older sister, Zola, and a younger sister, Ellis.

Meredith found out she was pregnant three weeks into her pregnancy, a few months after Mark died. She told Derek by buying a shirt for Zola that said "World's Best Big Sister". At first, she was convinced that she would miscarry, which is why she only told him, and not even Cristina. ("I Was Made for Lovin' You")

Meredith went into labor in the middle of a super storm. The labor was going smoothly until the OB determined that the baby had face presentation. He was then born via emergency c-section in the dark during the storm. In the operating room, the doctors had to hold flashlights so that Connie, the OB, could see to deliver him. After he was born, his breathing was shallow and his sats were low, so he was taken to the NICU to be monitored and receive oxygen. After he was born, Shane noticed that Meredith had suffered from a massive splenic hemorrhage caused by her fall down the stairs. Miranda Bailey performed surgery to stop the hemorrhage and saved Meredith's life, thus Meredith named her son after her. ("Perfect Storm")

For his fifth birthday, he wanted a superhero party. After Alex had to back out of helping set up the party to operate on a patient and the entertainment cancelled, Link offered to help her. They set up the party and Link even pretended to be Thor when Bailey asked if he was. ("Help, I'm Alive")

When Thatcher died, he left presents for Ellis, Bailey, and Zola in his closet. Meredith took those presents to her kids and told them about their grandpa. ("The Winner Takes It All")

After Zola caught Andrew DeLuca trying to sneak out of the house in the middle of the night, Meredith sat Bailey and his siblings down with ice cream and told them that Andrew was at the house because the two of them were dating. Bailey asked Meredith if she would kiss Andrew, to which she said she probably would. ("Head Over High Heels")

Just before Meredith decided to turn herself into the police for committing insurance fraud, she sat Bailey, Zola, and Ellis down and told them that she would be gone for a while. Bailey asked where Meredith was going, and she said she had to take care of something very important. She didn't give them details, but assured them that Alex, Maggie, and Amelia would be there for them. ("Jump Into the Fog")

When Meredith was doing community service, Bailey found her vest and asked if he could wear it to school. She told him no, saying she needed it to go to work. ("Nothing Left to Cling To")

He dressed as a football player for Halloween. Meredith was released from jail that day and missed trick or treating with them, but got home in time to help them sort candy. ("Whistlin' Past the Graveyard")

During the COVID-19 pandemic, Bailey stayed home with his sisters, Amelia, Link, and his new cousin, Scout while his Mom treated COVID patients at the hospital and eventually became sick with COVID-19 herself and had to be admitted. He had an exceptional amount of energy during this time, making Link comment that he needed some kind of outlet for it. When Amelia realized she'd missed Link's birthday, she convinced the kids to watch a movie by saying it was Link's birthday wish, giving them some free time. ("The Center Won't Hold")

For his birthday that year his Mom asked him what he wanted and he told her he wanted a big cake all to himself. His Mom bought it for him and at his birthday party he stuck his face right in the cake and then licked the icing off his fingers and made a big production of it. This made everyone who was at the party: his sisters, his Mom, Amelia, Link, and Maggie laugh. Meredith realized that that’s what he really wanted for his birthday was to make them all laugh because at the time the COVID-19 Pandemic was all over the news and his cousin Scout who was just a baby was keeping all of the adults in the house up all night. As a result, no one in the house was laughing much. His Mom said he looked just like his father Derek the way he lit up. ("Breathe")

Shortly after Andrew died, Zola, Bailey, and Ellis had a dance party in the backyard while the grieving adults supervised and tried to figure out how to tell the kids, who had loved Andrew. ("It's All Too Much")

Zola, Bailey, Ellis, Leo, Allison, and Scout all had a play date together with Teddy and Amelia supervising. They spent most of the day outside, playing on their play set. At the end of the day, Owen came over and told Zola that they'd taken Meredith off the ventilator and she was breathing on her own. Zola happily spread the information to the other kids. ("Breathe")

Later, Eric and Maureen bought an RV, packed it with supplies, and drove it from Colorado to Seattle. For two weeks, they had no contact with anyone but each other. When they arrived in Seattle, they were excited to meet Scout and offered to take all four kids to see Mt. Rainier so Amelia and Link could have some time to themselves. ("Sorry Doesn't Always Make It Right") 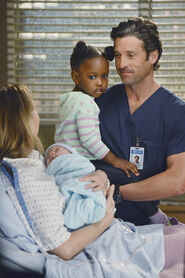 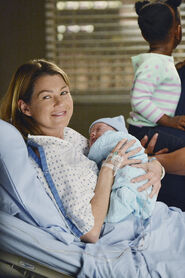 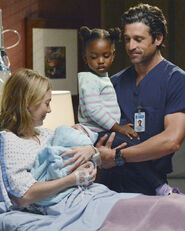 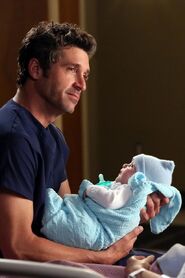 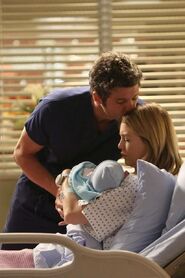 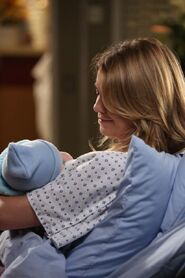 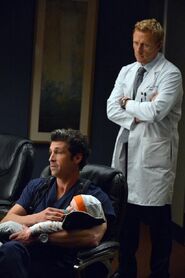 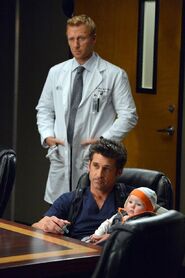 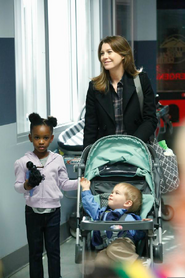 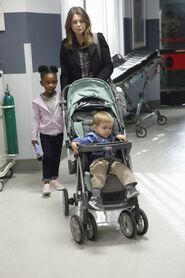 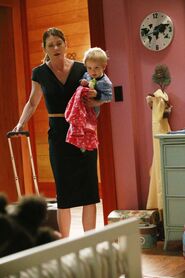 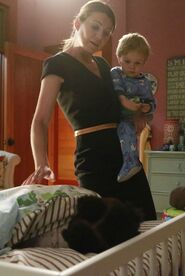 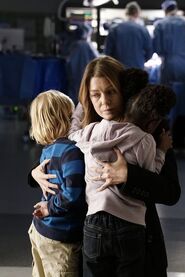 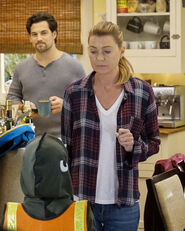 Retrieved from "https://greysanatomy.fandom.com/wiki/Derek_Bailey_Shepherd?oldid=337604"
Community content is available under CC-BY-SA unless otherwise noted.