He is a surgical intern at Grey Sloan Memorial Hospital who transferred from Pacific Northwest General Hospital when it was purchased by the Catherine Fox Foundation and closed down. 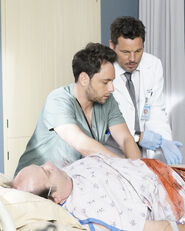