Jackson tells the doctors they're competing

Puttin' on the Ritz

The Fundraising Gala was a party thrown to help Grey Sloan Memorial Hospital raise money for repairs after the Super Storm.

With the hospital still damaged from the Super Storm, but no money available to repair it, Jackson and Owen told the board they'd need to hold a fundraising gala in order to raise the money for the repairs. ("Everybody's Crying Mercy")

They hired Ari Rocchi to plan the party and soon everything was ready. They invited several rich people to the party, where they started to woo them in order to persuade them to make donations. Jackson informed them that the department that raised the most money would get 10% of whatever they made in order to encourage the doctors to work hard to get donations.

Derek juggled and performed in order to solicit donations. He also used baby Bailey's cuteness. Cristina flirted with donors. She also encouraged Owen to do the same thing and steered him away from Emma Marling, whom she figured out wasn't wealthy, and toward a much richer woman. Owen told surgical stories. Callie pretended that Arizona died in the plane crash and used sympathy to get donations. Alex was distracted and Jo ended up talking to several donors for him. He ended up leaving the gala early to go back to the hospital.

When Jackson said the champagne was warm, April left the gala to get cooling blankets from the hospital. While she was retrieving them, she found Arizona crying in a supply closet and the two of them drank champagne instead of returning to the gala.

Owen caught Emma re-telling the story he'd told her to other donors. He confronted her and she admitted that she's a doctor at Seattle Presbyterian Hospital and was piggy backing on their fundraiser to raise money for her own hospital.

The party stalled when a performing aerialist fell and broke her leg. Ari jumped in to try to break her fall and was crushed. Callie took care of the aerialist while Meredith treated Ari.

In order to raise the rest of the money, Jackson brought the donors from the gala to the hospital to observe a surgery, showing them what kind of work the hospital does. 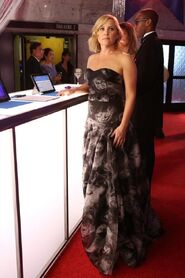 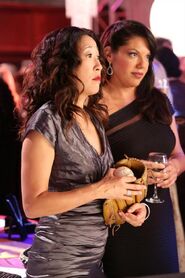 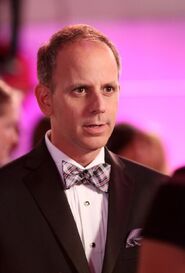 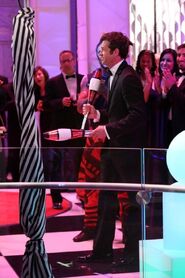 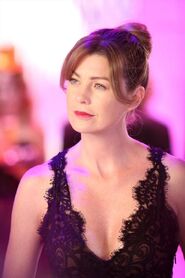 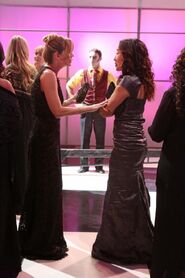 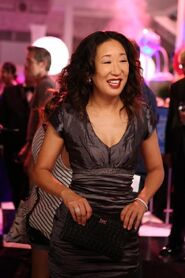 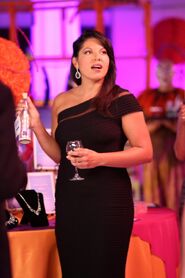 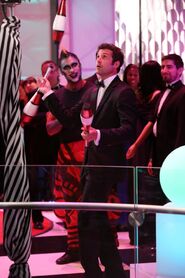 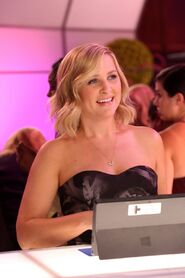