Louise O'Malley mourns her son at his funeral

George's Death is the accident that resulted in the death of George O'Malley and the days following.

After being given the day off to go be with his mother before leaving to join the Army as a trauma surgeon, George was standing at a bus stop next to Amanda. When he saw she was about to be hit by a bus, he pulled her back and was dragged by the bus. He came into the ER unrecognizable to his friends, who started treating him as a John Doe. After his first surgery, he got Meredith's attention and traced "007" on her palm, telling her that he was George. She then rushed to tell everyone else and George was rushed back into surgery for a re-bleed. ("Now or Never")

Despite their best efforts, George's brain began to swell insurmountably and he was declared brain dead. George's mother, Louise, was unable to make a decision about donating his organs, so she asked Callie to choose. Callie didn't feel it was right for her to choose as she and George had only been married for a short time, so she had Izzie make the decision. Izzie believed George would want to donate everything, so that's what they did.

Seven days after the accident, George was buried. His mother, in addition to Amanda and several doctors from the hospital, attended his funeral. Izzie and the other members of George's class slipped away from the funeral when Izzie started to laugh and was unable to contain it. Their laughter relieved the tension and they were able to relax. ("Good Mourning") 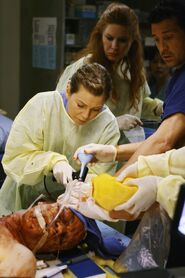 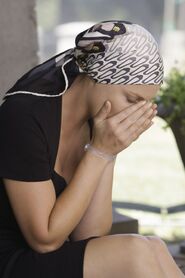 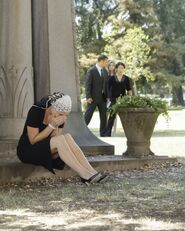 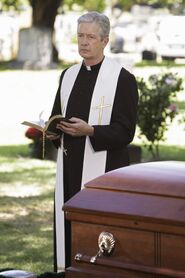