Dr. Avery was admitted to Seattle Grace Mercy West Hospital following collapsing in a restaurant with abdominal pain, while having a meal with Jackson. While at the hospital, he requested an experienced surgeon, first requesting Ellis Grey, and upon learning that she had passed, requested Richard Webber, who diagnosed a bowel obstruction and planned to have Bailey operate.

Harper insisted that Webber operate himself and he said he wanted to be awake during the surgery so he could watch. He gave them a speech in order to convince them to allow it. In surgery, he became unstable, but still refused to be put under. His speech started slurring, but then he stabilized when they found the cause and fixed it. When Richard went to close, he insisted on chromic sutures.

He was awake and stable after his surgery, but then became unstable and was told he needed a second surgery. However, Derek insisted this time that he be anesthetized and that Jackson had to wait in the waiting room. In surgery, they discovered that he had had an allergic reaction to the chromic sutures. They repaired the damage.

When he woke up from his surgery, he encouraged Richard to brush the dust of his research, saying it had put him on the shortlist of the Harper Avery Award several times.

He then met some of the other residents at the hospital after Jackson brought them in. ("Perfect Little Accident")

Harper and Catherine came to town to look over the expenditures at the hospital as part of the renovation after the fire. After reviewing the numbers, Harper wanted to pull out Harper Avery Foundation funding. Bailey explained to him why he shouldn't do that and he agreed not to pull out, but then he fired Bailey instead. Catherine told Bailey she'd go to bat against Harper for her, but before she could, they found Harper dead in the conference room. ("Go Big or Go Home")

Months after his death, Harper Avery was publicly accused of assault by Rebecca Froy after the NDA preventing her from talking about it was waived by an unknowing Jackson. ("Beautiful Dreamer")

As accusations continued to pile up, Catherine, as suggested by Jackson and Meredith, decided to dissolve the Harper Avery Foundation and create the Catherine Fox Foundation in its place, a foundation dedicated to healing the wounds caused by Harper Avery. ("Bad Reputation")

Jackson Avery is his grandson. He held a spot at Massachusetts General Hospital for Jackson and was upset when he instead took the spot at Mercy West Medical Center.

He is estranged from his son, Robert.

Dr. Harper Avery, and his namesake award, has brought much attention to himself, with the award being highly coveted in the medical field.

Dr. Avery works as an attending surgeon at Massachusetts General Hospital, which he considers the best facility in the country, and has also saved a place as a surgical resident for his grandson since he graduated - a place which has been rejected multiple times, as Jackson refuses to work for him over nepotistic concerns.

Dr. Avery is well aware of Ellis Grey and her achievements, the foundation having awarded her its prize twice, and also Richard Webber, having short-listed him as a candidate for his award due to his past research in regenerative medicine. 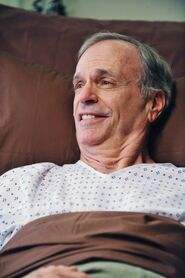 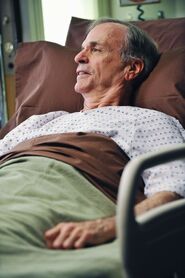 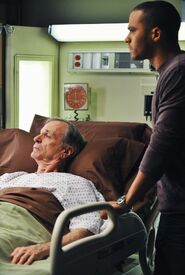