Camille dances with her uncle at the prom

The hospital prom is the prom that the interns threw for Camille Travis when she missed her school prom.

Camille Travis attended her school prom with her boyfriend, Brian. She and Brian were having sex in the limo outside when Camille lost consciousness. She was taken to the hospital, where she was informed that her ovarian cancer was back.

Because she'd missed out on attending her prom, several of her classmates came to the hospital, wanting to bring prom to her. However, Richard sent them away, telling them to come back in smaller groups. Adele later came to him and said he was wrong to send the kids away. ("Deterioration of the Fight or Flight Response")

Richard decided that Camille's friend, Natalie and Claire, could organize a prom for her in the hospital and ordered the interns, as part of their punishment for their involvement with Denny Duquette's LVAD wire being cut, to help.

The prom was organized and Richard ordered all the staff of the hospital to attend. At the prom, Camille danced both with her boyfriend and her uncle.

During the prom, Meredith and Derek slipped away and had sex in an exam room. ("Losing My Religion") 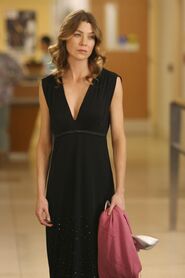 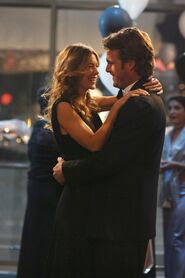 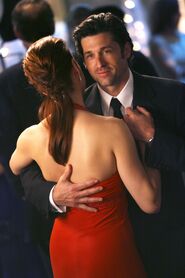