In Which Dell Finds His Fight

Sam tries to stop a fight.

In Which Dell Finds His Fight is the season one finale and the 9th overall episode of Private Practice.

The Oceanside Wellness Center takes on the fertility of one of their previous couples and starts a "Dads-to-be" class, much to Charlotte's displeasure. Sam and Naomi struggle to figure out where their relationship is going. Addison is conflicted about her status in the dating world, and Cooper begins a secret affair with one of his colleagues.

Wendell came into the practice after his grandson, Dell, suspected he was being abused by his nursing home. Sam examined him and he denied all the claims. Sam investigated further and then found that he had a history of minor injuries. He went to the nursing home to investigate and found that the residents of the nursing home were running a fight club, which caused the injuries.

Nate came into the practice after Dell suspected he and Wendell were being abused by their nursing home. They both denied the claims. Sam investigated further and saw that they had a history of minor injuries. He went to the nursing home and found that the residents had started a fight club, which is how they got injured. Nate collapsed during a fight with Wendell and Sam called an ambulance to take him to the hospital. He'd had a heart attack and they worked to open his blocked vessels. They then placed a pacemaker. Despite this, Nate's condition continued to decline and he ultimately died.

Kathleen and Jeffrey came into the practice after being unable to conceive. Kathleen was ovulating. She had some fibroids, which they decided to monitor, but their difficulty conceiving came from Jeffrey, who was sterile. They the discussed other options for them to have a baby. Jeffrey asked his brother to donate sperm and Kathleen reluctantly agreed. However, right before the insemination, they both stopped the procedure, realizing that that's not what they really wanted. They then talked about ways to give them a baby. They found a procedure called testicular sperm extraction, which involved going into Jeffrey's testicles and looking for even one viable sperm, which they'd then use to fertilize one of Kathleen's eggs. The procedure was successful and the embryo was then implanted.

Kevin came into the practice to see Sam. 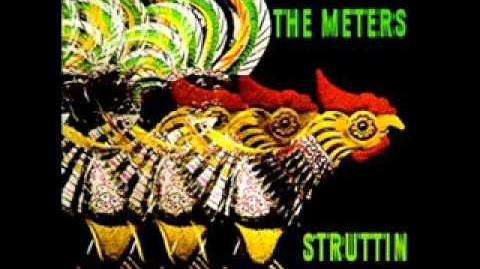 "Ride Your Pony" - The Meters 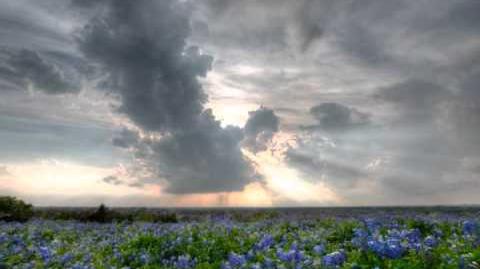 "The Sun Will Rise" - Brendan James 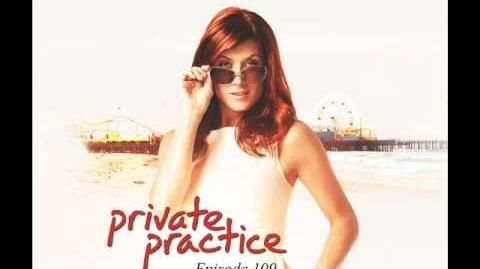 "Can't Get You Out of My Mind" - Sonya Kitchell 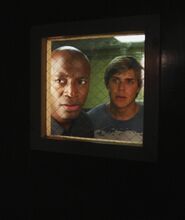 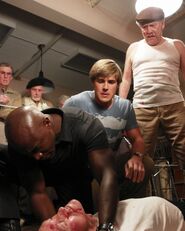 Retrieved from "https://greysanatomy.fandom.com/wiki/In_Which_Dell_Finds_His_Fight?oldid=269003"
Community content is available under CC-BY-SA unless otherwise noted.