Charlotte suggests having sex with Sheldon.

In or Out is the fifth episode of the fourth season and the 59th overall episode of Private Practice.

Much to her displeasure, Addison is teamed with a new oncologist, Dr. Rodriguez, to treat a newborn baby with a malignant tumor. When Violet and Sheldon visit a prison in order to interview inmates who are up for parole, Pete is highly uncomfortable as Violet tries to help a parolee and Addison and Violet suggest Sheldon could be the solution for Amelia's needs.

Tracy labored and gave birth at the practice. She later suffered a postpartum hemorrhage and had to be rushed into surgery. Addison was able to control the bleeding.

When baby Kyla was born, she wasn't breathing. She had a very large tumor compressing her lung and putting pressure on her heart. Addison said she could operate and asked Sam to help. They also needed to get an oncologist on board. Eric Rodriguez was brought in to consult and he suggested chemo instead of surgery. Charlotte sided with Addison. However, while Tracy was unconscious after her surgery, Daniel spoke to Dr. Rodriguez and decided to change the plan and go through with chemo instead. When Tracy woke up, she still wanted the surgery. They went ahead with the surgery. During surgery, Kyla hemorrhaged, but they were able to stop the bleeding. They removed the whole tumor and she was stable afterward.

Lewis was up for parole after serving 40 out of 50 years of his sentence for murder and armed robbery. Violet evaluated him as part of his parole option. He said he was a model prisoner and had worked in the mail room for 30 years there. He told Violet that he wanted to stay in prison because none of what he did inside prison would matter once he got out. He asked her to lie in order to make that happen. However, Violet refused to lie and Lewis was released on parole. Violet then offered to help him transition to life on the outside. She got him a part-time job. When she went to see him, he threatened her. He later came to see Violet and then talked to her about the day of the robbery. He talked to her about the guilt he felt for being free. 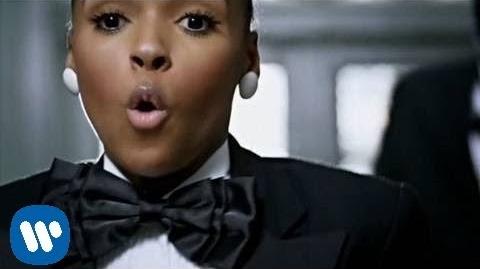 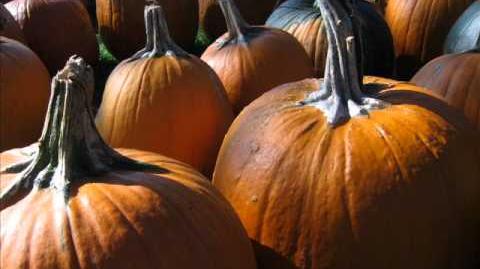 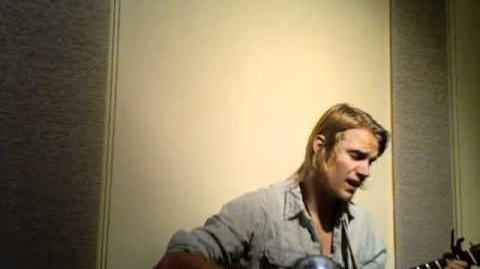 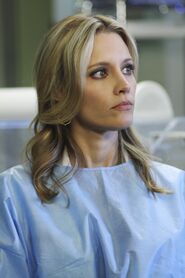 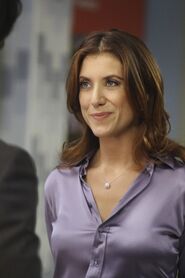 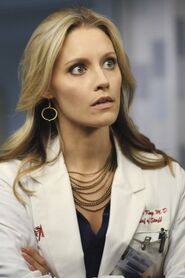 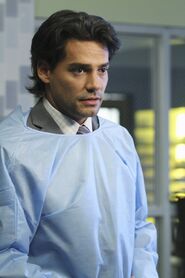 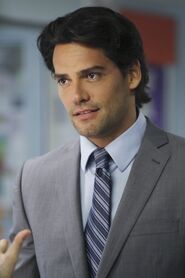 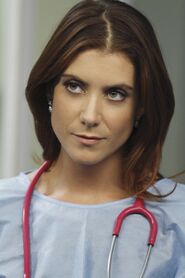 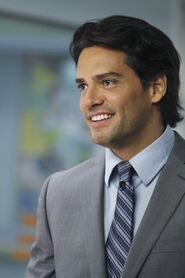 Addison: We're Addison and Sam. Addisam. We're a couple. Talks to me about feelings. He's amazing in bed. He cooks for me. Food. Yeah, he's perfect. I'm perfect with him. Addisam.
Amelia: She's freaking out. Ignore her.
Addison: Addisam!
Violet: I can't just ignore her.
Amelia: Say something shrinky.
Violet: Hm, uh, being a happy couple is healthy thing.
Addison: What's wrong with him? He has no flaws.
Violet: He knows you. You know him. There's love, you have a good foundation.
Addison: Is that a metaphor? Like floorboards and a basement?
Violet: No, like he knows how to commit. Like Pete knows how to commit, it's a good thing.
Addison: Really? Because...
Violet: Of course, it's...
Amelia: Shut up, bitches. I need to get laid. I need to get laid bad. So bad, that I am gonna run naked through the streets and grind a cop if something doesn't happen soon. Will one of you just lie on top of me and rub around for like 10 minutes?
Addison: I thought you and Mark Sloan...
Amelia: That was weeks ago, which, in sex years, is a decade. Where are all the men in this city?

Amelia: I have two highs. Cutting into people's brains and sex. When I can't have one, I search for the other. And right now, nobody's brain needs cutting into.

Amelia: Sheldon turned me down for sex. I figured he would feel like he won the lotto and instead he looks me straight into the face and says...
Charlotte: I'll think about it.
Amelia: How did you know?
Charlotte: Wild guess.
Amelia: Uh, it's probably not as good as I think it's gonna be anyway, so...
Charlotte: It is. It's better.
Amelia: Damn it.
Charlotte: The whole "Let me think about it", that's pure Sheldon, that's his game. And from looking at ya, it's working like a charm.

Violet: You went into prison and you came out a better man. It's okay to live, Lewis. Live!

Charlotte: I'm not the mommy type. I don't like kids and I don't want kids.
Cooper: And I'm a pediatrician. I love kids, I've always wanted kids. I need to have kids.
Charlotte: They'll like you more than they'll like me. I'm not... warm.
Cooper: They will love you.
Charlotte: What if I end up like my mother? Drunk at noon, hating the rug rats I'm supposed to love? Screwing up our kids? Damaging them? See, now you're gonna leave me. This is why I didn't wanna talk about it!
Cooper: Charlotte, I'm not leaving you. We're having the conversation and you didn't walk out, and you didn't shut down, and you didn't try to confuse me with sex. We're having the conversation and we can keep having it.
Charlotte: We don't have to decide right now?
Cooper: We don't have to decide right now.
Charlotte: What now?
Cooper: Now you can confuse me with sex.
Charlotte: Yeah?
Cooper: Yes, please.

Amelia: I know your game. You perform like a triathlete in the bedroom to get women in the elevators all gossiping about you. You play the insecure, shy, indecisive therapist, and in the end, you're the guy who ends up with all the girls that nobody ever saw coming.
Sheldon: You're horrible at taking rejection.
Amelia: I am not!
Sheldon: Horrible. You're the baby in the family, right?
Amelia: That's a little easy. You know what? I take it back, this whole offer. I...
Sheldon: Let me tell you how this would go. We'd sleep together. And at first it would be just for kicks, but eventually, I'd fall for you. Hard. And then you would do what women like you, the bad girls, the ones who like it dirty and nasty and a little bit of kinky, you know, the ones with serious daddy issues, do, you'd run. You'd avoid me. You'd be intentionally mean to me. My savior complex would kick in so I'd chase you, keep calling you, let you use me for sex on the nights you are drunk or bored, but you're too damaged to appreciate the fact that I'm a good guy and I could actually care. And then one day I'd show up at your apartment, with flowers or something, trying to woo you, only to find you on your couch screwing some guy that's 10 years younger than me. Am I wrong? I don't need an Amelia. I'm a grown man, looking for a grown woman. When you grow up, come find me. Because I am as good as they say.

Retrieved from "https://greysanatomy.fandom.com/wiki/In_or_Out?oldid=274636"
Community content is available under CC-BY-SA unless otherwise noted.