The Intern Mixer was a small get-together organized by the hospital to allow the incoming interns to meet each other and some of the attendings.

The day before they started their internships, the new interns, including Meredith Grey, Alex Karev, George O'Malley, Izzie Stevens, and Cristina Yang, were invited to a mixer in order to meet each other and some of the hospital's existing physicians.

Izzie and Alex first met at the mixer and he was shocked to learn that she was in the surgical program, thinking she'd by in gyne or peds.

Cristina also first met Burke at the mixer and tried to suck up to him, despite his repeated attempts to brush her off in favor of his date.

George spotted Meredith at the mixer, but she ignored his pursuit.

At the end of the night, Alex left with Olivia. 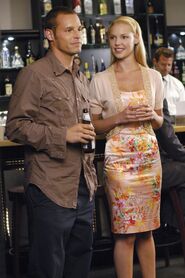 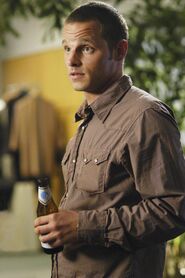 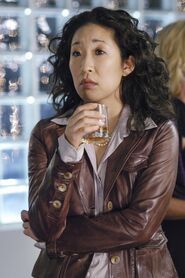 Add a photo to this gallery
Retrieved from "https://greysanatomy.fandom.com/wiki/Intern_Mixer?oldid=253147"
Community content is available under CC-BY-SA unless otherwise noted.