I Am a Tree

Jane Burke is the mother of Preston Burke.

Jane first came to Seattle Grace Hospital when Burke was shot and she helped care for him. However, she did not approve of Cristina (partly because when she first met her, she was stripping to please Preston) and thought she was very selfish when Preston was very selfless. ("I Am a Tree")

Jane came to Seattle in order to help plan her son's wedding. She quickly bonded with Cristina's mother, Helen Rubenstein, as they planned the wedding together. Under pressure from them, Cristina went dress shopping and chose bridesmaids. ("The Other Side of This Life, Part 1")

Burke later confronted her about the way she treated Cristina. He said he knew that she believed he was making a mistake, but he told her he was not. ("The Other Side of This Life, Part 2")

On the day of the wedding, Jane gave Cristina a choker that five generations of Burke's family had worn on their wedding days. She also removed Cristina's eyebrows and drew on new ones. ("Didn't We Almost Have It All?")

She came back to Seattle to help plan her son's wedding and finally accepted Cristina when she saw that she was trying hard to put up with the wedding planning.

Following Preston leaving her at the altar, she came back to Seattle again to collect Burke's remaining possessions from his apartment. However, Cristina avoided her all day and attempted to get her friends and those close to them to see her, but Jane's insightful ability quickly made them think about themselves and then leave promptly, but with some good advice, to Derek, Meredith, and George.

When Cristina finally mustered up the courage to see her, Jane acknowledged that she did love Preston, although she loved being a surgeon more than Preston, and for Preston to leave her, as her lover, and more importantly, her teacher, she was sorry. Cristina also asked her if she could take the wedding presents, which Jane obliged, and left Cristina with the idea that they are not so different, and that if Jane had been born a generation later, she possibly would have become a woman like Cristina. ("Love/Addiction")

Jane is married to Donald Burke and they have one son, Preston Burke.

Jane thinks very highly of her son. When he was hospitalized, she and her husband came to Seattle to visit him. She says that Preston is very gifted and brilliant and the most important thing in the world to her. She also claimed there's not a woman in the world who wouldn't want to marry him. ("I Am a Tree")

She did not think very highly of Cristina. She was upset when she heard Cristina called Bailey "The Nazi" and believed she was extremely selfish by asked Burke to get out of bed to act as a buffer when Cristina and Jane had lunch together. She also tried to convince Cristina to agree to switch to a less time-consuming specialty when she and Burke got married. ("I Am a Tree")

Jane Burke owns a restaurant in Alabama. She also cooks. ("Thanks for the Memories") 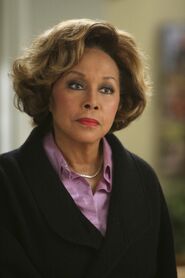 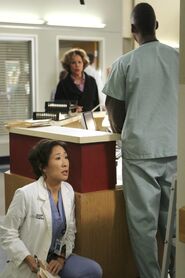 Retrieved from "https://greysanatomy.fandom.com/wiki/Jane_Burke?oldid=270031"
Community content is available under CC-BY-SA unless otherwise noted.