Jerry Adams is a man whose HPV had grown out of control, covering his body in warts.

Jerry's wife, Tess, brought him to the ER. He refused to get out of the car because he was embarrassed by his appearance. He had warts covering most of his body. Mark Sloan told him he'd contracted HPV at some point and an immune deficiency allowed the warts to grow out of control. He'd seen a dermatologist before and had warts removed, but they grew back, even after a second trip. He was told he'd need surgery to remove them, but he just wanted to give up. However, his wife insisted that he have the surgery or she would leave him.

In surgery, they removed several warts. From one of them, a spider crawled out. Mark came in to do skin grafts, but warts had already started growing on the healthy skin, meaning his grafts would have to wait. His wife was told it would be six months to a year. This led his wife to decide to leave him.

He is married to Tess Adams. He hadn't allowed her to touch him in four years because of the warts. She ultimately left him while he was sleeping.

His wife said that his brothers had given up on him. 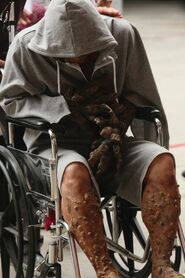 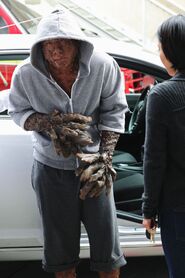 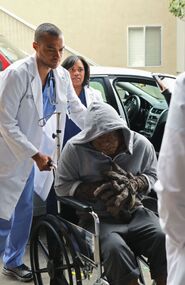 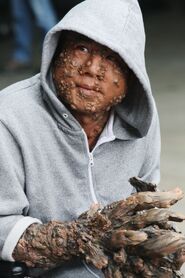