Jodie is a receptionist they hired to work at the practice after Dell quit.

Jodie was hired as a temporary receptionist at Oceanside Wellness after Dell quit. She was ineffective as a receptionist, forgetting to remind Sam about the health fair and not giving the doctors their messages. At the end of the day, she slept with Pete in his office.

At the end of the day, she had sex with Pete. After they had sex, she told him he was the oldest guy she'd ever slept with. 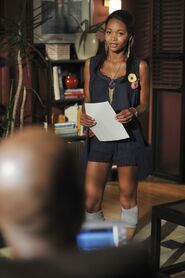 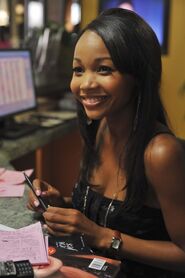