Joe is the owner of the Emerald City Bar, across from the hospital, where the doctors often go for a drink after work.

He was born and raised in Seattle, Washington.

Joe was at the bar the night Derek and Meredith met. He served them their drinks and watched as they talked. ("Time Has Come Today")

Joe collapsed one day on the floor of his bar. He walked across the street to the hospital, where he was diagnosed with a basal artery aneurysm. To clip the aneurysm, Derek and Burke planned a stand-still surgery. Joe didn't want the surgery because he was concerned about the cost. He feared he would not be able to keep his bar which was his life. Joe had had his bar for fourteen years. Luckily, George O'Malley was able to convince the Chief to have Joe's surgery funded by donating his body to science and qualifying him for a research grant since he would be briefly "dead", allowing him to keep the bar. ("Raindrops Keep Falling On My Head")

As Meredith waited for Derek and got progressively more drunk, the news of a train crash caused all the doctors to get paged. Joe turned on the news so they could see what had happened. He tried to convince Meredith to stay for a cup of coffee before going to the hospital. Shortly after she left, Derek walked in and Joe broke the news that Meredith had left. ("Into You Like a Train")

Joe watched as Cristina and Izzie counted up the money they'd made selling tickets to Shane's surgery. ("Something to Talk About")

Joe attending Thanksgiving dinner at Meredith's House. He brought along his boyfriend, Walter, whom the doctors had not previously met. He also brought a pie to share. He and Walter stayed despite most of the guests not showing up on time, but eventually had to leave before they came because he had to open the bar. ("Thanks for the Memories")

After a long day of surgery, Derek came to the bar, where Joe poured him a drink without even asking what he wanted. ("Grandma Got Run Over By a Reindeer")

When the residents were at the bar comparing stories to see who was having the worst day, Joe observed and prompted Izzie when it was her turn. He then had to break up a fight that occurred when Nurse Kate poured a drink on Cristina Yang. ("Break on Through")

After visiting her father, Meredith ended up at Joe's to get a drink. Mark came in and sat down next to her. ("Yesterday")

When Meredith was trying to be celibate, she came to Joe's, but didn't drink. Instead, she was knitting a sweater. Joe said that she was scaring the customers by knitting. ("The Name of the Game")

When the interns were at the bar, Izzie and Alex exchanged insults. When Izzie called Alex a gynecologist disparagingly, Joe laughed. ("17 Seconds")

When Izzie baked muffins to cope with Denny's death, she brought two baskets of them to the bar for Joe. Addison ate one basket of muffins while she got drunk and at the end of the day, Joe called Addison a cab per her instructions. ("I Am a Tree")

When Izzie came into the bar to meet with Denny's father, Joe pointed him out to her. ("What I Am")

Joe and Walter went on a camping trip with several of the male doctors. During the camping trip, he discussed his relationship with Walter with Richard Webber and they bonded over some similarities. Later, when Walter was injured, Joe held his hand while he got stitches. ("Where the Boys Are")

After George's dad died, Alex went to the bar. Joe asked him about Harold and Alex informed him that Harold had died. ("Six Days, Part 2")

when Meredith drowned in Elliott Bay, Cristina left the hospital and went to the dollar store and then to the bar, where she talked to Joe as she got drunk, thinking Meredith would die. ("Some Kind of Miracle")

Joe and Walter decided to have kids and put in an application to adopt. They met up with Rina, who was deciding between them and another couple to adopt her baby. They took her to get prenatal care because she hadn't had any and an ultrasound revealed twins. Later, while Walter was taking her to the bus station, Rina started having severe chest pain, so he brought her back to the bar, where she collapsed and was taken back to the ER. ("Testing 1-2-3")

In the ER, Preston Burke took over her care and said she'd need surgery for an aortic dissection, which meant the babies would probably be born that day. They took her into the OR, where the babies were quickly delivered and Burke repaired her heart. After her surgery, she was stable and awake. Walter and Joe sat by her bedside as they held their newborn twins. ("Didn't We Almost Have It All?")

As part of Callie and Mark's pact not to sleep with any interns, they agreed to sit at the bar and stare at Joe, which freaked Joe out. ("Wish You Were Here")

After Archer's surgery was successful, Addison, Sam, Naomi, Mark, and Derek came to the bar to celebrate. ("Before and After")

When their celebrating continued into the next morning, Joe pointed that out to them. ("Ex-Life")

After the stress of the merger, Richard started drinking again and Joe served him. ("New History")

Joe was present when a camera crew filmed a documentary about the doctors at the hospital. He gave interviews on his point of view of the doctors. ("Seattle Grace: On Call")

Cristina Working at the BarEdit

After Cristina quit her residency, Owen told her to get a job, so she went to work at the bar. Joe quickly became frustrated with her as she was a terrible bartender. He ultimately fired her. ("Slow Night, So Long")

He enjoys listening to other people's problems, keeping the peace, breaking up fights over games of pool and darts, babysitting drunk employees of Seattle Grace, controlling the flow of alcohol as well as the TV remote. He also enjoys movies, television, exercising (in small doses), and almost any outdoor activity.

Joe is very friendly to his customers, one of the many reasons many of the hospital staff go there.

On a camping trip, Joe revealed during a discussion with the Chief that although he and Walter had been "on-and-off" for about ten years, they were now committed and considering the possibility of children, but Walter said he didn't want to raise kids alone because Joe was always working at the bar. However, Joe said that he loved Walter so much that if he needed to make a change, he would. ("Where the Boys Are")

They were one of two couples being considered as adoptive parents for a young mother's twins.

Joe and Walter also attended the Thanksgiving Izzie hosted at Meredith's house, and went on a camping trip with Drs. Shepherd, Burke, Webber, Karev and O'Malley.

He dated a guy named Max for about four weeks. Prior to that, they were friends. Things ended when Joe made the mistake of talking about a hot lifeguard in front of Max. ("Overheard at the Emerald City Bar")

He has a nephew and a niece named Samantha. ("Overheard at the Emerald City Bar")

He is close with his mother, who lives just down the street from him. ("Overheard at the Emerald City Bar")

Joe gets along well with most of the doctors from the hospital across the street from his bar.

He and Debbie are best friends. During the first annual Emerald City Bar Darts Tournament, Joe's partner flaked on him, and Debbie volunteered to be his partner. Her dart skills brought her and Joe up to semifinals, where they lost. Joe congratulated Debbie on her dart skills and she thanked him for taking her mind off work. While munching on peanuts, they began to gossip about people they both know. Joe likes to say that they bonded over darts, but Debbie says that they share a common love for gossip. They have been best friends ever since. ("Notes from the Nurses' Station")

He has a friend named Eric who sustained a head injury from the Dead Baby Bike Race. ("Overheard at the Emerald City Bar")

When Bailey was an intern, she spent a lot of time in the bar talking to Joe. He told her she was worth something, not that he knew anything about it. He gave her confidence. She described him as the only one who really knew her at the time. ("Raindrops Keep Falling On My Head") ("The Time Warp")

Before befriending the other interns of his class, Alex hung out at the bar a lot with Joe becoming his only friend.

He owns and runs Emerald City Bar, which is across the street from Grey Sloan Memorial Hospital. He's owned the bar for over 14 years. 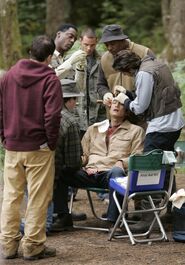 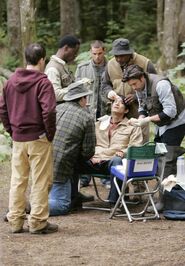 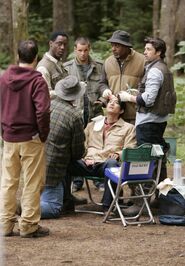 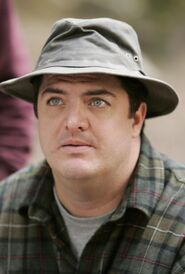 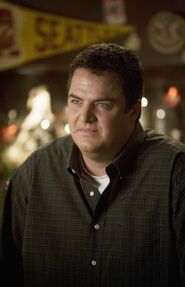 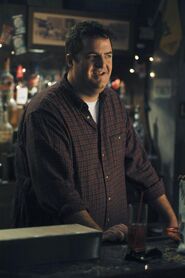 Retrieved from "https://greysanatomy.fandom.com/wiki/Joe?oldid=269907"
Community content is available under CC-BY-SA unless otherwise noted.