Judge Thompson is the judge who presided over Alex's hearing.

After Alex assaulted Andrew, he had to go to a hearing where he'd be officially charged. Judge Thompson presided over the hearing. When the prosecutor shocked them by charging him with felony assault, Thompson implored Lena McCallister not to defend Alex as it wasn't a trial and he needed only to enter a plea. Alex decided to plea not guilty.

He is a judge in Seattle. 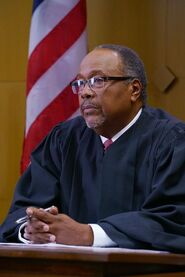 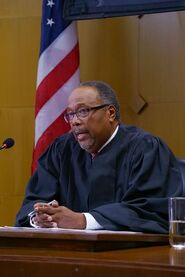 Retrieved from "https://greysanatomy.fandom.com/wiki/Judge_Thompson?oldid=291843"
Community content is available under CC-BY-SA unless otherwise noted.