This is Why We Fight

Julian Crest was approached by the plane crash survivors as an investor to help them buy the hospital.

Julian made his fortune in late-stage internet mobile.

He agreed to meet with the doctors, but when he found out they were planning to run the hospital, he revealed that he knew more about them than they thought and that there wasn't a single one of them who was a manager. So they got Richard Webber to agree to appear with them. Despite Richard's presence, he ultimately decided against buying the hospital with them. 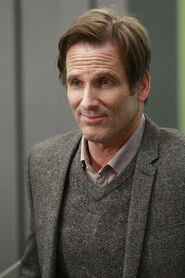 Retrieved from "https://greysanatomy.fandom.com/wiki/Julian_Crest?oldid=258440"
Community content is available under CC-BY-SA unless otherwise noted.