Justine Campbell is an author who had surgery to clip her aneurysms.

Justine had been diagnosed with three aneurysms. She refused to have the surgery until after she finished her book, despite Derek telling her that one of the aneurysms was leaking.

When she asked to be discharged against medical advice, Derek sent Lexie to get her to agree to the surgery. When Lexie went in there, she agreed to have the surgery after finishing her book. She dictated the story for Lexie to type out.

While typing the story, Lexie became upset when Justine told her that Kate would be choosing Alexander, the pickpocket she couldn't trust, instead of Nathan, who is a good guy. Justine tried to explain that she couldn't betray her characters, but she coded and was taken into surgery where her aneurysms were clipped.

After surgery, Lexie went to Justine to complain about why Kate won't choose Nathan, but Justine interrupted that she would be choosing him ... for now, because she'd had a dream of how to stretch the series out for three more books. But eventually, she would always choose Alexander, because he's the love of her life. When Lexie cried, Justine offered to let her work on the book a bit more to make her feel better, which she accepted.

Justine is a professional author. She writes a series staring a time-traveling woman who is torn between two men. 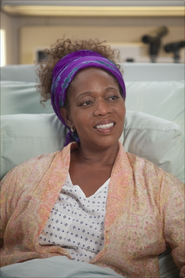 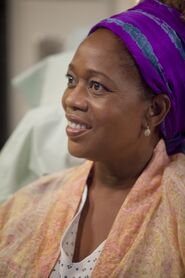 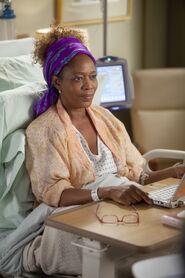 Retrieved from "https://greysanatomy.fandom.com/wiki/Justine_Campbell?oldid=258657"
Community content is available under CC-BY-SA unless otherwise noted.