Get Up, Stand Up

The Bed's Too Big Without You

Karen Kepner is the mother of April Kepner.

Karen was present at April's wedding. She sat in the front row next to her husband, who walked their daughter down the aisle. ("Get Up, Stand Up")

When she found out that April was pregnant, she visited to help April and Jackson prepare. ("Don't Let's Start")

She returned to Seattle when April was worried about her baby's osteogenesis imperfecta diagnosis. She pushed April to pray and go to church because it would comfort her. She also didn't believe that April and Jackson should get the test to determine which type of OI the baby has because she believed that the best thing would be just to love their baby. ("The Bed's Too Big Without You")

After Harriet Kepner-Avery was born, Karen came out to Seattle, but she had to return to Moline and April said she couldn't come back to Seattle because she had to work. ("Catastrophe and the Cure")

She and Joe Kepner are married and they have four daughters.

She is a teacher. 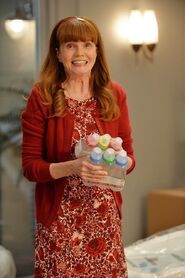 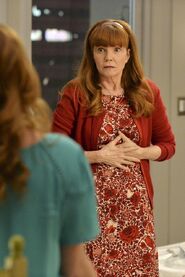 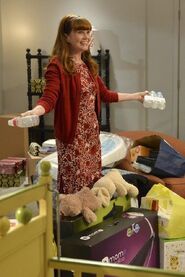 Retrieved from "https://greysanatomy.fandom.com/wiki/Karen_Kepner?oldid=269771"
Community content is available under CC-BY-SA unless otherwise noted.