Arden Myrin
Kirsten is the wedding planner who planned the wedding of Alex Karev and Jo Wilson.

Kirsten helped April plan Alex and Jo's wedding. On the day of the wedding, she became frantic because everyone got lost on the way to the wedding location. Later, when it became clear the wedding was going to be seriously delayed when the bride and groom disappeared, she passed around a microphone so people could give toasts. After the first toast, she took back the microphone to ask for an EpiPen because she had accidentally eaten shrimp, to which she is allergic. Several of the doctors stepped in to help her.

She is a wedding planner. 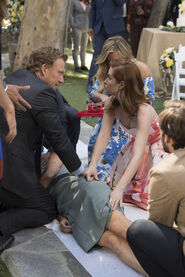 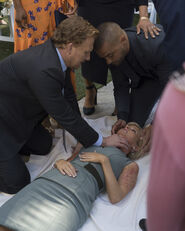