Edit
watch 01:28
Wiki Targeted (Entertainment)
Do you like this video?
Play Sound

Richard gets a standing ovation at the end of his lecture

Lecture Day is an event at which doctors lecture about important cases they worked on.

After he was named Chief of Surgery, Derek Shepherd decided to bring back Lecture Day.

The first lecturer is Miranda Bailey, who wakes the audience up by throwing a bean at Cristina's face. She tells them she'll ask questions and if they get it right, they get a chocolate and if they doze off, they get beaned in the face. She tells the story of Alicia Tatum. Three days into her intern year, she was part of a group of interns treating Alicia, who had had an oophorectomy and came back to the hospital in pain three months later. While operating, they found gallstones, which can develop due to a high-fat diet, but Bailey pointed out that the patient was vegan, meaning she didn't have a high-fat diet. Despite this, they removed the gallstones and sent her home. A month later, she came back with symptoms of appendicitis, but when Bailey opened her up, her appendix looked normal. She removed it and closed. At this point, Bailey wanted to check for rare disorders, but her resident, Nicole Baylow, wanted to turf her to psych, believing she was just a drug seeker. After Richard questioned that treatment plan, Nicole told him she was going to test for rare disorders as Bailey had suggested. The tests were all negative, so she was sent home again. A few months later, she was back, as the pain had gotten worse. When Bailey saw Alicia's urine was dark, she suddenly realized what was wrong and stopped the doctors from taking her into another unnecessary surgery. She then yelled at Nicole for failing to look at the patient as a whole person and told her Alicia had porphyria, which they then treated.

Callie lectured next, with Alex's help from the audience, about Sunder Atluri, though she was visibly shaken and nervous about her presentation. When she was a resident, Sunder came in with legs misshapen by polio. He was there to get his club foot fixed, but Callie, who had seen polio during her time in the Peace Corps, told him she believed she could help him walk again. She planned an intricate surgery to straighten his legs and the hope was it would allow him to walk. However, when he went into surgery, she was only able to do the tendon release before his weakened lungs couldn't handle any more time under anesthesia. He asked when they could try again, but she said she thought they wouldn't be able to. However, he showed her how he could move his foot, which he hadn't been able to do since he was seven. She planned a series of shorter operations, short enough that his lungs could handle it. During one of his surgeries, he developed pericardial tamponade, for which Alex performed a pericardiotomy, but the surgeries otherwise went well. Once all his surgeries were complete, he was able to stand up and walk with the aid of crutches.

The final lecturer was Richard Webber, who told about treating the first Seattle AIDS case back in 1982. Phillip Nichols came into the hospital with a hernia. He had surgery, but instead of getting better, he got worse. The residents were challenged to figure out why and Richard and Ellis, the only black resident and the only female resident, worked together as the outsiders of the group. They discovered he had cryptococcus, but were uncertain how he could have contracted it. They asked him if he had sex with other men, because they suspected he might have what was then called GRID (gay-related immune deficiency). He was offended by the implication and threatened to sue the hospital. Richard and Ellis were punished for offending the patient. A few months later, however, Phillip returned with Kaposi's sarcoma and admitted they were right. He asked them for their help. He had an intussusception, which is almost unheard of in adults. The other doctors refused to operate on him because he had AIDS, so Ellis and Richard did his surgery, despite the lack of knowledge of how AIDS was transmitted. His surgery was successful, but he came back eight months later with PCP pneumonia and died shortly after with Richard and Ellis by his side.

Richard ended Lecture Day by reciting the Hippocratic Oath, which earned him a standing ovation. 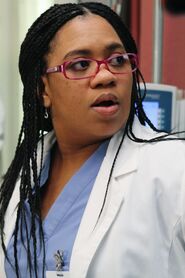 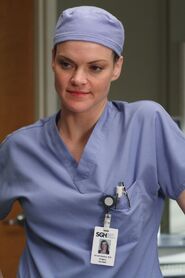 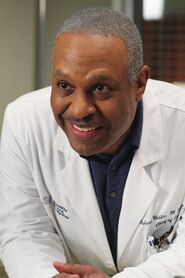 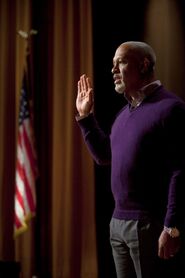 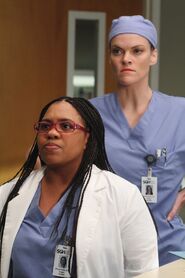 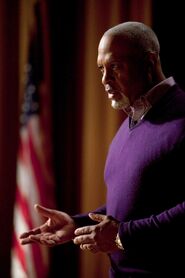