Let It Go is the fifth episode of the second season and the 14th overall episode of Private Practice.

In trying to fix the financial troubles at Oceanside Wellness, Addison puts the practice in peril, as a good friend of Violet's places her in the terrible position of breaking the law to help her, and Maya hopes that her parents, Sam and Naomi, are rekindling their relationship for good.

With Addison being in charge of Oceanside, she is trying to come up with a new business plan to save the practice. The rest of the staff, however, is more focused on a terminally ill 17 year old girl who is preparing to retrieve her eggs so she can become a mother.

Addison tries to raise a red flag, but Pete assures her that it's okay.

Addison notices that Jenna's teenage husband, Nick, only wants to do what Jenna and her family wants, so she advises him to think seriously about what he wants not what they want.

As Naomi got ready to inject his sperm, he halts the procedure and tells them it was after he talked to Addison that he changed his mind.

Addison finally learns of the empty fourth floor that the practice rents, but has kept empty so she wants to rent it out to someone to make some money. However, Sam and Naomi refuse to budge.

Jenna still wants to be a mom, so she wants a sperm donor. Finally, Naomi shoots her down. Nick comes back after Pete talks to him and says that he wants to be with his wife in her final days.

Sam opens up to Naomi, wanting to get back together, but she responds by ending things between them for good.

Naomi finally tells Addison that she can lease the fourth floor. However, Addison says she already did so.

Jenna, 17, was dying of non-Hodgkin's lymphoma and as her last wish, she wanted to be a mother, so she came into the practice for egg retrieval so she could get pregnant. The doctors at the practice had discussed her case and had decided to grant her final wish, but Addison expressed doubt that it was a good idea. After Nick, her husband, backed out, they were forced to confront the reality that what they really wanted was for Jenna not to be dying and so they decided not to go through with the procedure.

Kara, who was running for congress, asked Violet to destroy her medical records. She had had shock therapy to treat the depression that she had after killing her mother in self-defense. Violet gave the file to Kara and offered her the choice to destroy it herself, which she did quickly.

Charlotte and Cooper got tested for HIV so they could stop using condoms. Their tests were negative.

"Burning Down the House" - Talking Heads 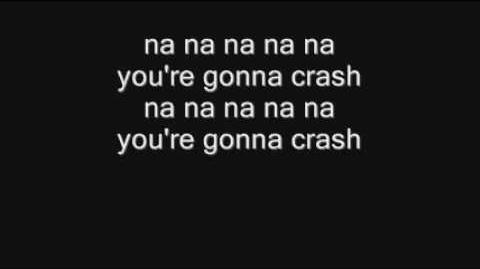 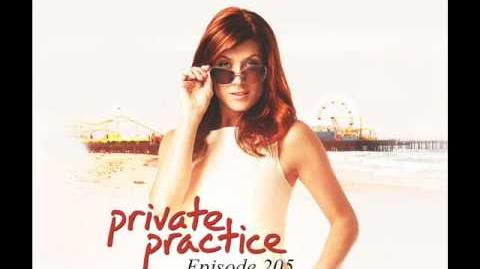 "Be The One and Only" - Holly Palmer 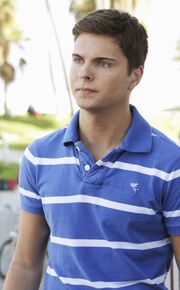 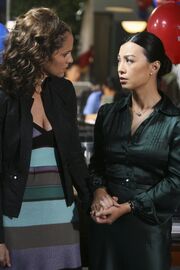 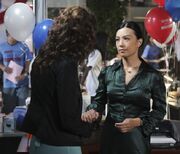