What You Do for Love

Lisa King is the mother of Ben King and ex-girlfriend of Pete Wilder.

Lisa brought her son, Ben, to his appointment with Pete. Her ex-husband usually took him, so she wasn't sure if she should come in or not. Ben insisted that she stay and then tried to set her up with Pete.

Lisa later brought Ben back into the practice with trouble breathing. Pete gave him adrenaline to get him breathing again. Pete also asked Lisa out on a date and the three of them spent some time together happily. ("Do the Right Thing")

After they'd been seeing each other for a while, Pete told Lisa that Violet's baby might be his. He said he wanted to be open with her about it because he liked her a lot. She decided it wasn't the end of the world for her, but she also had to consider Ben.

Pete later went to Lisa's house. He said that he needed to be there for the baby and for Violet and ended things with her. He said he wanted to keep treating Ben, but Lisa wasn't sure about that. ("What You Do for Love")

She is divorced from Ben's father.

She briefly dated Pete Wilder after being set up with him by her son. He ended things when he realized he needed to be there for Violet and the baby.

Her son, Ben, has severe allergies and asthma. He sees Pete for alternative therapies to treat them, including acupuncture. 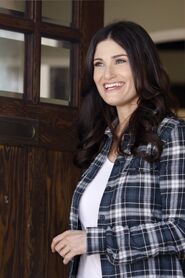 Retrieved from "https://greysanatomy.fandom.com/wiki/Lisa_King?oldid=270153"
Community content is available under CC-BY-SA unless otherwise noted.