Love Turns You Upside Down

Liz Shepherd is the sister of Derek, Nancy, Kathleen and Amelia Shepherd.

Liz grew up with her siblings and mother; she lost her father as a child.

Meredith ordered Heather Brooks to call Derek's sisters to ask them if they wanted to donate a nerve to fix Derek's hand. Liz was the one who agreed and she came over to Seattle. When she arrived, she told Meredith she wanted her to always be part of the family, and not only when she needed something. When it was realized that Callie and Jackson would have to take more nerve from Liz's calves for Derek's hand to regain function, Derek initially told Liz that the operation was off. However after Meredith and Liz's discussion which led to Liz pushing Derek towards the surgery, the operation went ahead.

After the operation, Meredith, wanting to show Liz her appreciation, visited Liz and showed her her ultrasound, revealing that she's pregnant. Liz was really happy that there would be a new baby in the family. ("Run, Baby, Run")

When Nancy ran into Amelia in New York, she invited Amelia to dinner. In an attempt to fix the broken relationships between Amelia and her sisters, Nancy invited Kathleen and Liz to join, but Liz was out of town. ("Good Shepherd")

Liz has several children, whom she mentioned when criticizing Meredith for not visiting or letting her family come to see Zola, as they were excited to see her. Liz's children make up a portion of Derek's 5 nephews and 9 nieces.

Liz is a doctor. 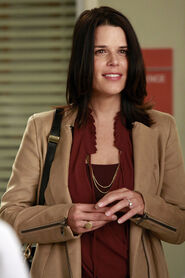 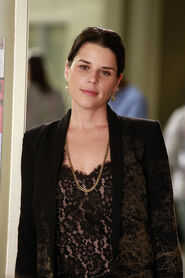 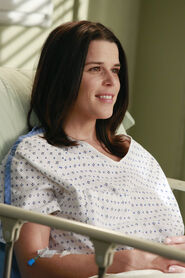 Retrieved from "https://greysanatomy.fandom.com/wiki/Liz_Shepherd?oldid=274978"
Community content is available under CC-BY-SA unless otherwise noted.