Maggie and Winston get married

When the time came for Winston to return to Boston after an extended visit, Maggie was upset. Winston asked her to share a final song with him, something they'd been doing to help pass the time. When he opened his ear pod case, he revealed a ring instead. He then knelt down and proposed to Maggie, saying he had loose ends in Boston, so she had an out if she wanted one. she decided she didn't and accepted his proposal. ("Breathe")

Richard asked Maggie and Winston if they'd chosen a date, but they said they were waiting to settle on a date as they didn't want to do anything without her father and his grandmother. Richard later clarified that his inquiry about their wedding wasn't him trying to invite himself or take the place of her father. Maggie said that her father was going to walk her down the aisle, but she asked Richard to officiate. He said he'd be honored. ("Tradition")

Winston and Maggie started planning their wedding without regard for COVID as Maggie said they were still in the vision phase. Winston later suggested they travel to New Zealand for the wedding, as New Zealand had COVID pretty much wiped out. Maggie rejected it as it would require asking their guests, including his grandmother, to spend 20 hours on a plane with a mask. She suggested instead waiting until things opened up more. Winston took that to mean she was backing off their decision to get married. She insisted that she wasn't, but she wanted things to feel right, not like she was compromising. This upset Winston, who felt it meant she wasn't all in. Maggie later told Winston that she had realized that the reason it didn't feel right was because her mother wouldn't be there. She proposed taking the engagement ring her mother had given her, making it a wedding band, and not waiting to get married. She wanted to have a small wedding with just family. Winston agreed, which Maggie was glad for as she'd already had her father and his grandmother flown in to start their quarantine. ("I'm Still Standing")

From there, they planned a small ceremony in Meredith's backyard. Richard started the ceremony, but when he asked if anyone objected, both Bill and Antoinette stood up and said they did. They felt that Maggie and Winston deserved a proper wedding with their whole family there. They said that since Maggie and Winston were already living together, there wasn't a reason not to wait. Maggie and Winston easily agreed and indulged in the champagne and cake without getting married.

Eight months later, in April 2021, Maggie and Winston had planned a larger wedding on a beach. More of their friends and family were able to attend. They said their vows and were pronounced husband and wife. They kissed and then jumped the broom. After the ceremony, all the guests danced at the reception. ("Someone Saved My Life Tonight") 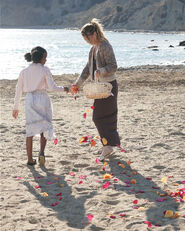 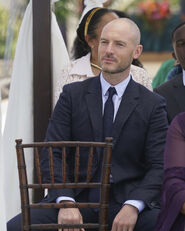 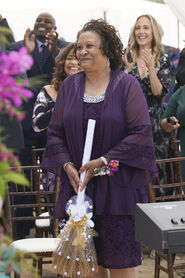 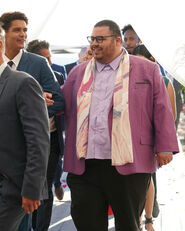 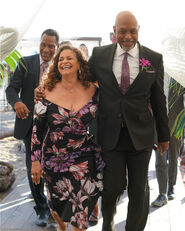 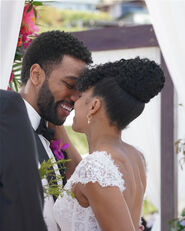 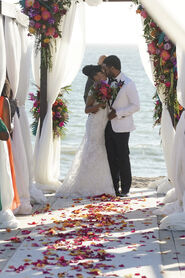 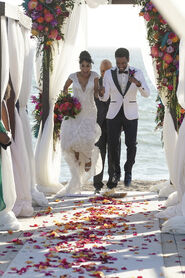 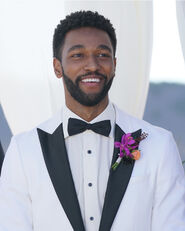