Nothing to Fear is the thirteenth episode of the second season and the 22nd overall episode of Private Practice.

Violet finds out she's pregnant but isn't sure who the father is, Addison struggles with her own guilty conscience after her kiss with Wyatt, as Sam and Pete clash when an old friend and colleague asks them to help him die. Meanwhile Charlotte proposes marriage to Cooper.

Judy was in labor and giving birth. While she was pushing, the baby's shoulder pressed against her pelvis, so Addison had to push the baby back into the uterus manually and send Judy to the hospital so she could do a c-section. When the baby was born, he had a diaphragmatic hernia and Violet came in to counsel Judy as she made a decision after the Sinclairs left when told they'd need to make a choice.

When Judy gave birth, the baby was diagnosed with a diaphragmatic hernia. Addison said the baby needed surgery, but Judy was adamant that the Sinclairs make the decision as the baby was theirs now. When they walked away, Judy decided to have Addison do the more aggressive surgery. It was successful and he was stable after his surgery.

Alexander was in the practice getting acupuncture to treat the pain that was coming with his cancer treatment. Knowing that he was going to die soon and painfully, he asked Sam and Pete to help him die quickly. Pete was okay with it, but Sam opposed and since it's illegal, Pete told Alexander they couldn't help him. However, Alexander took matters into his own hands and took a combination of drugs to kill himself. Pete and later Sam stayed with him as he slowly started to die. When he saw that Alexander was still in a lot of pain, Pete went back to the practice to get a syringe of morphine to end his life. Not wanting Pete to do it himself, Sam gave Alexander the syringe and said that he and Pete would sit and not pay attention to what he was doing. He asked Pete it if was enough and when he confirmed that it was, Alexander pulled up his sleeve and prepared to inject the morphine. After he injected it, Sam and Pete stayed with him as he died.

Nora, who was severely agoraphobic, came to the practice because her daughter was getting married and wanted her to be able to come to the wedding. Violet was paged away for an emergency before seeing her, but asked her to wait. When she came back, she found Nora hiding in the closet in her office. On the day of the wedding, Nora was unable to leave the car. Violet went there to counsel her. With Violet's help, she was able to go to her daughter's wedding.

Violet found out she was pregnant and didn't know who the father was. 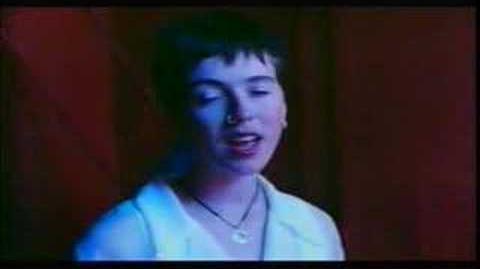 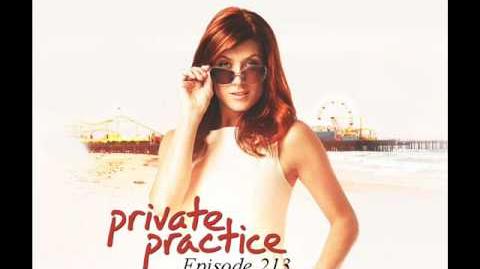 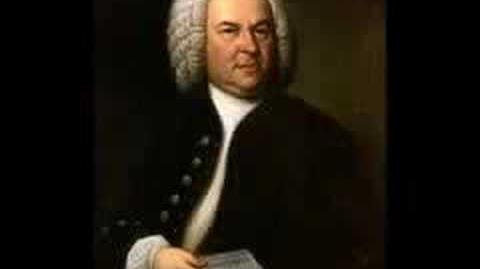 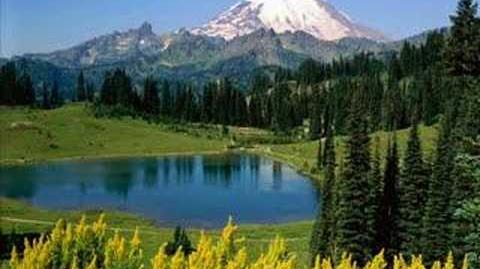 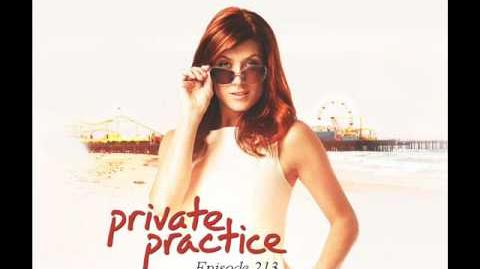 "Angel Flying Too Close to the Ground" - Beth Rowley 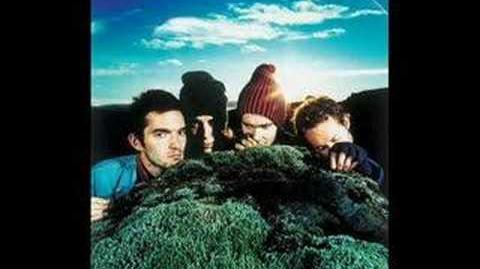 Charlotte: Let's get married.
Cooper: Yeah, yeah, yeah. Oh, yeah. I'm the groom, you are the naughty, naughty maid of honor. And you have wanted me for years. You can't hold back any longer. And I'm in the laundry room wearing nothing but my black silk boxers and I'm putting on my groom socks. And you just come in there and you just grab my...
Charlotte: Cooper?
Cooper: You're serious?

Cooper: You wanna know what's wrong with me? She proposed. Charlotte, she proposed. To me. Yeah, I know. It's like one week we hate each other and then her dad kicks and she cries, and it's like the floodgates open. Sex, emotion. Marriage? Am I ready for this?
Violet: I don't know. It's very real. Are you?
Cooper: I don't know. I wanna run, but I don't.

Pete: Will you really sleep better knowing that we stood passively by rather than actively help him?
Sam: I will sleep better if I know that I took seriously the oath to first do no harm.
Cooper: Well, what does more harm, helping him die or letting him live?
Pete: Exactly. Alexander has nothing left but the chance to control when and how the end comes. This is... It's mercy, this is not murder.
Cooper: It's a fine line, boys. A slippery slope.
Sam: Look, I understand the concept of mercy, but letting nature run its course is different than helping nature along. It doesn't matter how we try to rationalize it. There is no moral difference between writing him a prescription and buying him a gun. I won't do it. The practice won't allow it.

Nora: I'm letting my daughter down, I'm letting everyone down, and I feel so scared. I mean, you've never felt this. How can you know?
Violet: I'm gonna break all the rules, and I'm gonna tell you something about me. I am more afraid than I've ever been in my life. I'm pregnant. And that is paralyzingly, terrifyingly scary for me. But I got up this morning and I came to the office, because people needed me. And that's good, to be needed. To help you. And I'm using that to fight back my fear.
Nora: Motherhood is great. That's nothing to be afraid of. My daughter is the best part of my life.
Violet: Then shouldn't you be at her wedding? We all have fears, me, you, your daughter. Your daughter's scared her mother won't be at her wedding, when she needs you. Maybe there's something scary to be needed like that. Maybe that's why I'm scared. But we all have to face our fears. And I think we both know that my closet's not the answer.

Cooper: How do you know if someone's the right person? Setting love aside because love and rightness, two different things, right? You know what? Never mind. Thanks.
Addison: I think they're the same, love and rightness. They should be the same.

Cooper: It's not exactly what I pictured, but let's do it, Charlotte. Oh, it's gonna be great. The Cuyahoga County Freedmans meet the Kings from Monroeville. And we could, like, do it halfway in between. How do you feel about Nashville?
Charlotte: I thought I said Vegas.
Cooper: Well, I mean, we only get to do it once. Why don't we do it right?
Charlotte: A Vegas wedding is doing it right.
Cooper: We gotta get... How we gonna get all our families to Las Vegas?
Charlotte: I don't want anyone there. I wanna marry you. Tomorrow.
Cooper: Tomorrow? Oh, my mother...
Charlotte: Families complicate things. Family is messy. Let's do this. Marry me, Cooper Freedman.

Judy: You don't think I should keep him?
Naomi: That's not mine to say. If you know that this is right, keeping the baby, then it is. It's right, period. You just need to make sure that you're doing it for the right reasons. Not because you think you have to, or because you think that others think you should. Because you want to.
Judy: God, I don't know what I want. I spent months deciding that giving up the baby was right, but now I don't know. Now it's hard.
Naomi: It's hard because you've seen him and you've bonded with him. If you commit to this because you feel like you have to, and not that you want to, that's not good for anyone.

Cooper: Me getting married is funny?
Violet: Yeah. I mean, no, no. I mean, yeah, it is. But, no, it's just that I'm pregnant.
Cooper: You're pregnant?
Violet: And I don't know who the father is.
Cooper: Okay. Should I slap you, like in a movie?
Violet: Cooper, we are two of the most emotionally stunted people I've ever known. We've never made any progress in our personal lives. We don't do personal growth. And now here you are getting married and I'm pregnant. And we're just growing all over the place.

Violet: I think you have to ask yourself a question, Cooper. Why now? Why is Charlotte asking you now? When her father has just died, when she's full of grief. She's hurting, and she doesn't wanna hurt. And this will make it all go away.
Cooper: I love her, Violet.
Violet: Well, I'm not saying she doesn't love you. I mean, you're lovable. It's just, don't let her do this for the wrong reason.

Kevin: I let it go. I'm not going to ask anymore. I'm sorry I kept asking.
Addison: vI kissed another man. Last Friday, I walked into his office and...
Kevin: I knew it.
Addison: And I wanted this to work, but it's not working.
Kevin: Because you kissed this other man.
Addison: No, because the kiss... The one hour you keep asking me about is the one hour this past month that I haven't had a knot in my stomach.
Kevin: It's a nice place, Addison. I hope you find someone who fits in.

Charlotte: You don't wanna marry me.
Cooper: Spending the rest of my life with you would be amazing. But I can't marry you because you need to escape.
Charlotte: I'm not trying to escape.
Cooper: Well, why don't you want any of our families there? Why Vegas? Why right now?
Charlotte: Please. You spend too much time with Violet. Stop trying to shrink me.
Cooper: Then tell me why. This... I wanna marry you. I wanna marry you. Under a huppah, with you in a big white dress, in front of everybody I know.
Charlotte: I can't do that.
Cooper: Why not?
Charlotte: Because I can't walk down the aisle without my father. Satisfied? Is that enough shrinking for one day? Because Big Daddy's dead, and I won't go down an aisle without him. So you wanna marry me or not?
Cooper: You're grieving, you need time.
Charlotte: I don't need time.
Cooper: If we do this now, I think you're gonna regret it and I think it's gonna end badly, and I don't want it to end ever. You need to grieve. Your wedding day should be the happiest day of your life. Our life. And I want you beaming when you come down that aisle. That's how our marriage should begin.

Retrieved from "https://greysanatomy.fandom.com/wiki/Nothing_to_Fear?oldid=251356"
Community content is available under CC-BY-SA unless otherwise noted.