Owen and Amelia invite over friends to see their new house

Owen and Amelia's Housewarming is a housewarming party Amelia planned after they moved into their new house.

After Owen and Amelia's wedding and them moving into their new house, Amelia decided to invite Nathan over for dinner after seeing how well he and Owen had gotten along at the wedding and wanting them to try to repair their friendship.

Owen went to Meredith to see if she could come and be the buffer. When she learned Nathan would be there, she tried to refuse, but Maggie offered to go as well and so Meredith agreed to come.

While working on a case together the day of the party, Jo admitted she didn't have any place to live and the hospital was whispering about her scarlet letter. She left trapped in a glass box. Amelia told her she needed a break form her life and invited Jo to the party.

Meredith invited Alex amid the complications of his hearing.

At the party, Owen tried to get Maggie to go talk to Nathan as soon as she arrived. Amelia was upset because she wanted Owen and Nathan to talk, but Maggie and Jo went to talk to Nathan anyway. Soon after, when Meredith arrived, Owen sent her to talk to Nathan next. Meredith sent Owen and Maggie on a tour while she talked to Nathan about Maggie, who was planning to ask him out. Meredith told him he had to say no. He instead wanted to reveal that they'd had sex.

Meredith and Jo also talked about Alex being charged with a felony. Meredith was surprised to learn that Jo had come to the hearing, but Jo made it clear she came because she cares about what Alex did to Andrew, not to support Alex.

Maggie and Nathan shared and awkward moment before Maggie went to help Amelia with the food. Nathan then sat down across the couch from Owen and they sat in silence. After seeing this, Amelia finally agreed to let Owen off the hook on talking to Nathan. 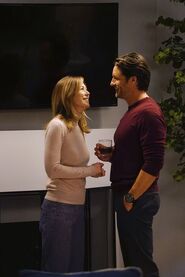 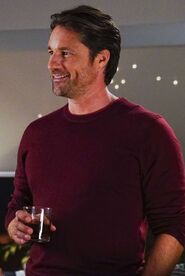 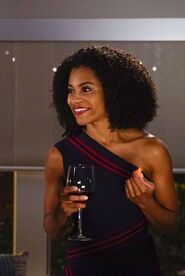 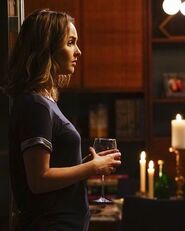 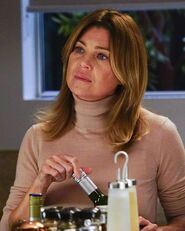