Owner of a Lonely Heart

A prisoner who swallowed razor blades is brought into the ER.

Owner of a Lonely Heart is the eleventh episode of the second season and the 20th overall episode of Grey's Anatomy.

A prisoner swallows razor blades to get out of solitary confinement, annoying Cristina in the process. While watching over the quintuplets, Addison teaches a lesson to Izzie using an old technique that Richard taught her long ago.

At the hospital, George, Meredith, Izzie, and Cristina are watching the quintuplets. Each one claims that their quint is the best.

Alex walks in, announcing that Kate is the best quint. He calls Izzie's name, but she tells him to leave. When he asks her to talk, she says, "You're too busy screwing nurses to talk." Alex leaves. Izzie tells the others how glad she is that she never slept with Alex and complains how he slept with Olivia instead of her. When George protests that he slept with Olivia, Izzie retorts that that means he and Alex both have bad taste. George replies that she can't say that she wasn't warned.

Bailey asks who's on call, which is Izzie, and the rest go home. Meredith is tossing and turning in bed, and George is also unable to sleep. Izzie watches the quints.

Cristina is at Burke's house, and she turns down his suggestion for breakfast, saying she has to get to the hospital early to get the good cases. He then offers her coffee, which Cristina accepts.

George invites Meredith to Joe's to talk, but she is distracted by an argument between Addison and Derek about property. They walk in on Cristina in the locker room lamenting about wanting decent food. When George tells her to start eating breakfast, she says he sounds like Burke and that she thinks sometimes that they'd be better off with dogs. Meredith announces that she's over men. George comments that a dog isn't a replacement for a human. Alex tells the others to wake Izzie before Bailey sees her sleeping on the floor. Cristina kicks Izzie awake, and she grumpily responds. Cristina says she likes angry Izzie.

The interns follow Bailey into Karl Murphy's room, a man with multiple skin melanomas. George presents, and he suggests a biotherapeutic agent, or leeches. Karl says he's been a hiker for 40 years, and there's nothing that he's seen in nature that he hasn't found a reason to love. Bailey asks if he's a big outdoorsman, and Karl replies, "How do you think I got all these melanomas in the first place?"

Bailey and the interns walk in on Derek with a patient, Robert Martin, and Bailey notes that Derek's early. Meredith presents, saying that Robert had a small subdural hemmorhage. Derek says that that was the problem, and looks pointedly at Alex. Meredith continues presenting, and trails off when she is about to say why surgery was postponed. Alex steps in and admits that he told a nurse—to which Izzie scornfully interrupts by saying "Olivia"— to administer the wrong amount of hypertonic saline. Derek says that this dehydrated Robert's brain, but Alex says there's still a chance he could wake up. As Derek leaves, Alex tells him that he knows he screwed up, but he wants back in on the case. Derek responds by saying there isn't much of a case left.

Dorie, Tom, and Addison are watching the quintuplets. Bailey and the interns walk in, and each intern presents their quintuplet's case. Cristina says that they attempted the surgery on Julie's omphalocele that could not be completed, and so another surgery will be done in a few days to finish pushing in the bowel. George explains that Lucy's brain shunt was put in the day before, and they will monitor her closely. Izzie talks about how Burke used a catheter to open up Emily's atrial septum, and that today they will go back in and try to reconstruct her heart's left chamber. Meredith says that Charlotte's lungs were underdeveloped, so she had a special mask to help her breathe. Alex says that Kate is very healthy so far, so they will just keep her in the isolette until Kate reaches 4 pounds. Tom tries to reassure Dorie, but Dorie just wants to go back to her room. Addison comforts Tom by telling him that Dorie's hormones are all over the place.

At the stairwell, Bailey orders Meredith to watch Dorie to make sure her hormones don't get the best of her. Izzie protests and says that Izzie has a relationship with Dorie and therefore should be the one watching her, despite having her heart surgery on Emily later. Bailey tells her, "I don't know what you're so angry about, but I don't care, and you better keep it to yourself." She also compares the preemies to interns, saying neither are ready for the real world. She's paged to the pit and has Cristina come with her.

An ambulance lets out a laughing woman, who is revealed to be a murderer in solitary who was trying take a "field trip" from the prison to the hospital after swallowing razor blades. Her name is Constance Ferguson, and she refuses to tell Bailey and Cristina where it hurts as to prolong her stay at the hospital. She demands that Cristina brings her chocolate pudding, but Bailey orders to go get a portable x-ray. Cristina says she has to check on Julie, but Bailey replies that she'll do it. After Bailey leaves, Constance promises not to hurt Cristina, saying that she only murdered 3 people and that none of them were doctors.

George walks in on Olivia attempting to put leeches on Karl's face. She can't get them to bite, and George explains that the leeches might feel anxious from the bright lights, thunderstorms, and nervous handlers as Olivia drops the leech. She apologizes and says she gets squeamish around leeches. George retorts, "That is not what I have heard." Olivia hands the job over to George and leaves. Karl asks what that was about, but George says it's nothing. He then proceeds to place the leech on Karl's nose with ease.

Izzie is in the elevator, and Olivia walks in. There is a short silence, and then Olivia says she had no idea that Izzie and Alex were a couple. She tries to explain why she slept with him, saying she had a bad day and it was good to have someone. She also adds that Alex is good, before fumbling over whether she meant good in bed or a good person. Izzie is silent the whole time, refusing to look at Olivia, and leaves when she reaches her floor.

Meredith is watching the quints. Derek walks in and asks if there were any temperature spikes.

Lucy had a shunt inserted to treat her hydrocephalus and was being observed in the NICU afterward.

Charlotte's lungs were a little less developed than her sisters', so she was struggling to breathe. They put a special mask on her face to help her breathe. Her lung collapsed, but they re-inflated it quickly and inserted a tube to help her breathe. When she stopped breathing again, she was intubated. Meredith had the idea to put her in the same incubator as Kate Russell, who was otherwise stable, which improved her status greatly.

Emily had had surgery, in which Burke threaded a catheter into her heart. They planned a second surgery. They planned to do a Norwood procedure, but once they opened her chest, they discovered that there was nothing they could do and closed. Izzie attempted to keep her alive overnight, but she died early in the morning.

Julie had already had one surgery on her omphalocele. They tried to close completely, but they were unable to because it compressed her lungs, so they needed to wait and perform a second surgery in a few days to finish.

Kate was premature, but otherwise stable, so she was just in the NICU to be monitored and gain weight.

Carl, 52, was diagnosed with multiple melanomas. He'd also previously had ear and nose reconstructions. He'd also had a skin graft to his left index finger. He had a slow capillary refill, so they treated him with leeches.

Robert, 45, was still in the hospital. He was unconscious and had a very small chance to wake up. He didn't wake up, but Alex sat with him because he didn't want him to die alone.

Dorie was still in the hospital following her c-section delivery.

Constance, 40, swallowed a razor blade in order to get sent out from prison to the hospital. She was uncooperative, so they took an x-ray. The x-ray revealed that she'd actually swallowed four razor blades, so instead of waiting for them to pass, they operated to remove them. After her surgery, she attempted to swallow a lightbulb and choked on the pieces. They couldn't intubate, so she was rushed into surgery for a thoracotomy. Her windpipe was ruptured and they repaired it.

Adam, Oliver, and Graham couldn't visit their mother because they had influenza.

Derek gave the name James Hanson as the first patient he ever killed. 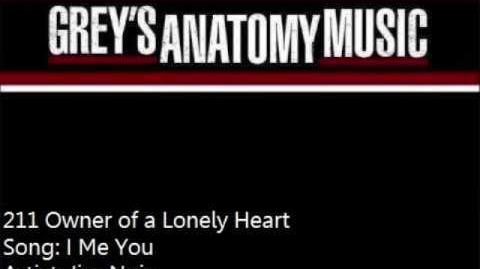 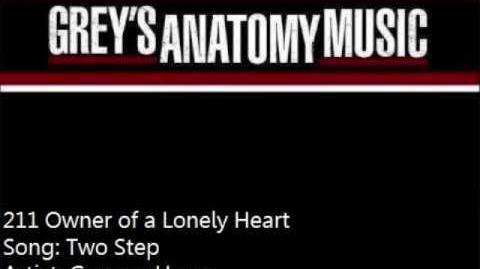 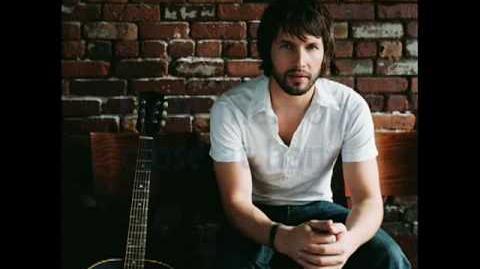 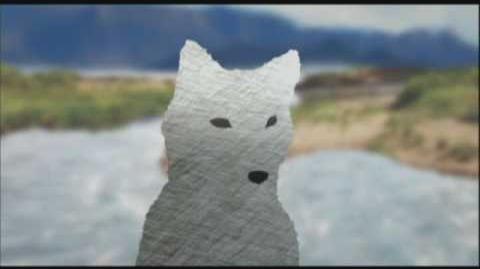 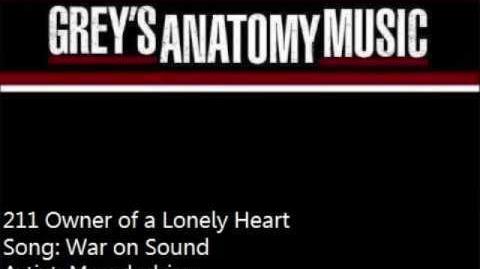 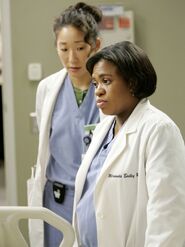 George: I have the best quint. Lucy. She just smiled at me.
Izzie: She's nine hours old, George.
George: I'm saying, there are five babies here, and clearly *mine* is the advanced one.
Meredith: Charlotte's smart. She's got wrinkles on her forehead. Very serious.
Izzie: OK. A: this is not a competition. And B: my quint kicks your quints asses. Emily's strong, she won't let go of my finger.
Cristina: Hey, Julie has her organs on the outside of her body and she's still alive, thank you!
Alex: Kate's the best one.

Olivia: I still get a little squeamish around leeches.
George: That's not what I heard.

Cristina: Hell hath no fury like a girl whose non-boyfriend screws a nurse.
Izzie: Bitch.
Cristina: I like you bitter and pissed off. You're almost like a normal person now.

Constance: Come on, baby. I'm not gonna hurt you. I only murdered three people and none of them were doctors.

Meredith: You've been lying low.
Alex: Well, nobody's talking to me so it makes it kind of easy, right?
Meredith: I'm talking to you. In short mono-syllabic sentences laced with disdain and contempt.
Alex: So, what? According to girl rules, now you all have to hate me?
Meredith: I don't hate you. If my mother hadn't gotten Alzheimer's, I'd probably be you.

Derek: First person I killed, I was a second year resident. James Hanson. You should go home Alex, there's nothing you can do here.
Alex: Nobody should die alone.

Retrieved from "https://greysanatomy.fandom.com/wiki/Owner_of_a_Lonely_Heart?oldid=295220"
Community content is available under CC-BY-SA unless otherwise noted.