Matthew Morrison
Paul Stadler was Jo's estranged, abusive husband as well as a praised general surgeon in the medical field.

Paul was attending the Minimally Invasive Surgery Conference in Los Angeles, California. Unbeknownst to him, he was followed throughout the day by Alex Karev. At the end of the day, he went to get in a cab and passed Alex. He offered to split the cab to the airport with Alex, thinking he might have stolen it, but Alex said he could have it. ("True Colors")

Showing Up in Seattle[]

Paul showed up in the middle of the chaos caused by hospital hack at Grey Sloan Memorial Hospital and confronted Jo, revealing he also found out her fake name. ("Out of Nowhere")

Paul acted like he was happy to see Jo and that he was glad she was doing well. He introduced her to his fiancée, Jenny, whom he couldn't marry until he and Jo divorced. They sat down to sign the divorce papers, with Meredith present so Jo wouldn't be alone with him. After the papers were signed, Meredith took them and Paul went to leave. However, Jo saw Jenny and used Arizona and Meredith to distract Paul away from Jenny while she talked to Jenny about her relationship with Paul. Jenny denied any abuse and refused Jo's offer to help, though Jo gave her her card with her cell phone number on the back. Paul went back to Jo and told her that Jenny told him what she'd said and that Jenny wouldn't need her number, but he decided he'd keep it for himself. ("1-800-799-7233")

At the hospital, he was taken for a CT, which showed a concussion. He was awake and alert, so he asked to be released from the hospital, against Amelia's medical advice. He also tried to convince Jenny to get his stuff and go with him. When she declined, he tried to get out of bed to attack her, but hit his head on the bed frame and then the floor, causing second-impact syndrome, which led to his brain swelling. He was pronounced brain dead and, wanting something good to come from it, Jo decided to donate his organs for transplant. ("Personal Jesus")

He was married to Jo Wilson. During their relationship, he was extremely abusive toward her. One incident left Jo with a broken rib and an almost ruptured kidney. Eventually, she left him and started a new life with a new name. Years later, he found out about her new identity and that she moved to Seattle and became a doctor at Grey Sloan Memorial Hospital. He then went there and confronted her. ("Out of Nowhere")

Since the papers weren't filed before his death, Jo was tasked with making his end-of-life decisions, which she used to have his organs donated. ("Personal Jesus")

He was engaged to Jenny. She accompanied him to the hospital when he came to see Jo and sign the divorce papers. Jenny denied that Paul was abusive and declined any help from Jo. ("1-800-799-7233")

However, Jenny later admitted to him abusing her and when he asked her to get his stuff, she declined, causing him to try to attack her, but he hit his head, which caused brain death. ("Personal Jesus")

Paul Stadler was a general surgeon at Orlando Medical with a focus on abdominal surgery and fiber optics. The combination of the two is said to have forged the way for an almost new specialty in surgery. He gave a speech called New Approaches to Antibiotic Resistant Pathogens at the Minimally Invasive Surgery Conference in Los Angeles, California. Arizona cherished his work. 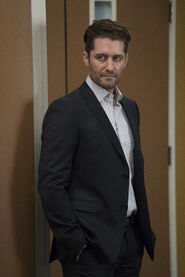 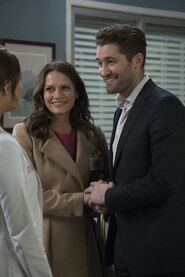 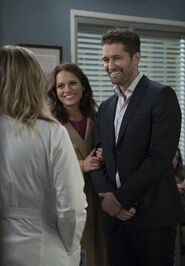