Edit
watch 01:43
Grey's Anatomy Profile: The Plane Crash
Do you like this video?
Play Sound

Arizona and Mark with their injuries from the crash

The Plane Crash was a crash that occurred when a chartered flight carrying six doctors from Seattle Grace Mercy West Hospital crashed between Seattle and Boise.

After their success separating Brandi and Andi Evans, the doctors of SGMW were invited to send a team of doctors to Idaho to help separate conjoined twins at Boise Memorial Hospital. Mark, Derek, Alex, Meredith, Cristina, and Lexie were selected to go, but at the last minute, Arizona replaced Alex after learning he was leaving Seattle. They all boarded the plane, but en route to Boise, the plane suffered mechanical failure and crashed. ("Migration")

After the crash, Meredith woke up with a piece of metal in her leg. She pulled it out and tied fabric around her leg. She ran into Cristina soon after and Cristina said they'd been in a plane and it crashed and she couldn't find her shoe. She had a dislocated shoulder, which Mark reduced for her. Arizona was beside the plane screaming until Cristina screamed at her to shut up. After Arizona stopped screaming, they heard a banging sound and Mark, Cristina, and Meredith followed it to find Lexie trapped under a large section of the plane. Mark attempted to lift the plane to free her, but Lexie knew she was dying. After Meredith left to go look for Derek and Cristina went back to the plane, Lexie died after she and Mark declared their love.

Back at the plane, Arizona ripped open her pants to see her femur poking out of her leg. She then heard the pilot Jerry still in the cockpit. Arizona started laughing because of the shock, but stopped when Jerry said he couldn't feel his legs. Cristina came back shortly afterward and got the supplies to splint Arizona's leg. Arizona said she could do it herself and sent Cristina to do Jerry's C-spine stabilization. Cristina found supplies to do that as well as a flare gun. Jerry said they should be found within four hours due to a transmitter on the plane. As Cristina stabilized his spine, she had to break the news to him that he was paralyzed.

Derek woke up in another part of the woods, hearing Meredith's calls for him. His hand was stuck in a part of the plane and he was forced to crush it in order to free himself. He was able to follow her calls and find the group back at the plane, but collapsed after arriving.

Cristina got supplies from the plane and they used a safety pin to close a wound on Derek's hand. She then found matches to start a fire. She tried to get Mark to help, but he was still holding Lexie's hand. When she went to try to force him to help, she realized he was unconscious. He had a cardiac tamponade and they used the tube from hair spray in order to receive the pressure in his chest. They then dragged him back to the plane where Arizona was. They heard a helicopter, but they were unable to fire the flare gun successfully and the helicopter left.

After waiting, Jerry said the transmitter had probably been damaged in the crash, so no one knew where they were. Mark told Arizona it would be okay if he died because Lexie was waiting for him, but she said Callie and Sofia were also waiting for him and they needed to go home together. As night fell, their small fire went out and the last match was immediately blown out by the wind. Cristina encouraged all of them to stay awake. ("Flight")

After four days in the woods, they were rescued and taken to Boise Memorial. In the ER, Meredith's minor injuries were treated, Derek's hand was examined, Cristina refused to talk to anyone, Mark kept crashing, and Arizona looked at her scans and refused consent to amputate her leg, instead insisting she wanted to go home to Callie, who would know what to do. After receiving emergent treatment, the survivors were sedated and they were flown back to Seattle along with Lexie's body.

Derek consulted with Callie and Dr. Schacter on his hand. Schacter had a plan that would give him 80% hand function, but then Callie came up with an idea that could get him back to full function. She operated to do a nerve graft.

Cristina was diagnosed with reactive psychosis as a result of the crash trauma, which resulted in her refusing to talk to anyone and getting violent when they tried to examine her. Despite this, Owen took her home, where she finally spoke as he bathed her, telling him about the four days they spent in the woods.

Mark broke up with Julia after returning to Seattle, telling her he loved Lexie. Mark was left in a coma shortly afterward. He woke up from the coma and seemed to have his strength back. But Richard worried it was just the surge, the last bit of strength before he died. Richard took Mark paperwork indicating what he wanted them to do in case it was the surge and after he signed it, Mark started coding and fell back into a coma. ("Remember the Time")

After 30 days in the coma, Mark's life support was turned off and he died with Derek and Callie by his side. ("Going, Going, Gone") 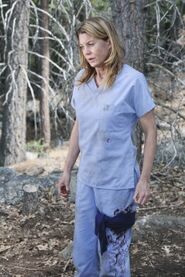 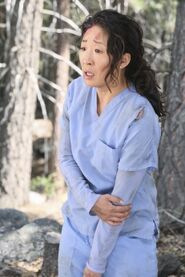 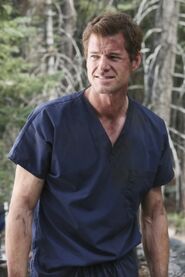 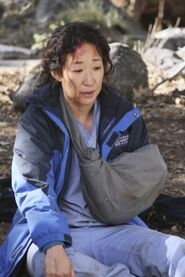 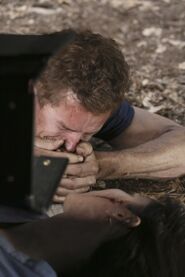 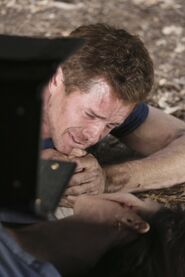 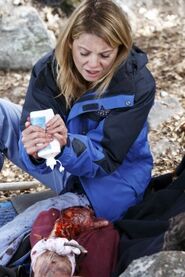 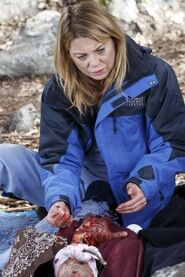 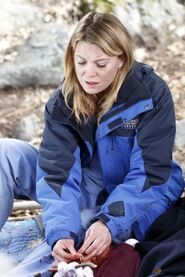 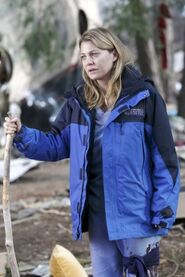 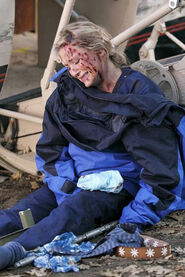