Sam and Naomi have a fight over treating the driver who killed Dell.

Donna Deitch
Playing God is the third episode of the fourth season and the 57th overall episode of Private Practice.

The man responsible for endangering Maya's life and killing Dell shows up at Oceanside Wellness with a heart condition, and Sam struggles with his responsibility to help. Contrary to Violet's warnings, Pete volunteers at a friend's home medical clinic and ultimately puts a patient's life at risk and news of Addison's new romance doesn't go over well.

Troy came to the practice to apologize and ask for forgiveness. While he was there, he got in a fight with Sam, who choked him. Troy collapsed and had to be taken to the hospital. At the hospital, Dr. Campbell diagnosed coronary artery disease and planned bypass surgery. He refused the surgery because he felt like he didn't deserve to live. Sam talked to Troy and convinced him to have the surgery, then told Charlotte to have Campbell look at the films again because Troy had a pseudo-aneurysm and if she didn't know that, it could kill him.

Bob, 45, collapsed during a school play. He was taken to the hospital for chest pain and Sam diagnosed an acute MI and was going to take him up to surgery for a bypass. Further scans revealed a dissecting aneurysm. When he found out that Bob had molested several children, Sam decided to do the surgery himself rather than call an attending in. In surgery, when Bob started coding, Sam delayed life-saving measures and Bob was pronounced dead at 20:13.

Dr. Warren was paged away to deal with a patient who had a stab wound to the chest.

Addison was scheduled to perform a bilateral oophorectomy.

Pete and Gibby treated a guy with a chunk of phosphorus in his leg. They were able to get him out and saved his life.

Kwan came to Gibby's house with a perforated appendix, which Gibby treated with Pete's help in his own house, where he had a makeshift OR set up.

Gibby stitched up the arm of a patient in the clinic.

Pete heard a girl crying at the clinic. He checked out her arm. Her elbow was dislocated and he reduced it.

Alex brought in his girlfriend, who had been shot multiple times during a drive-by. Gabby had started operating, but Pete wanted to call an ambulance because he saw there was nothing Gibby could do in his house to save her. He ultimately did and knew Gibby's practice would get shut down because of it. 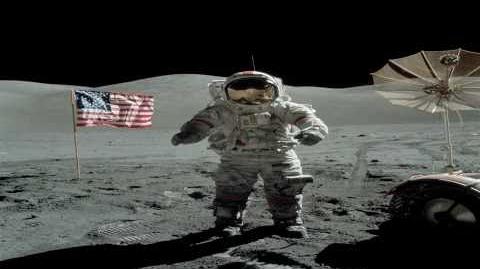 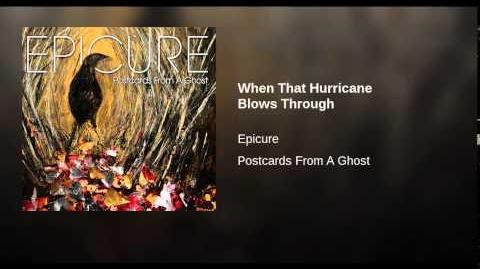 "When That Hurricane Blows Through" - Epicure 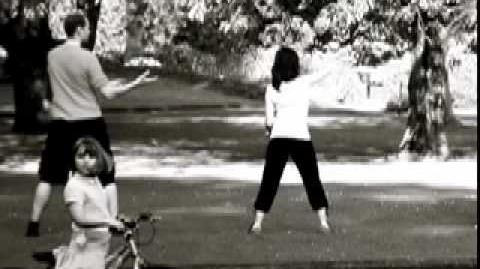 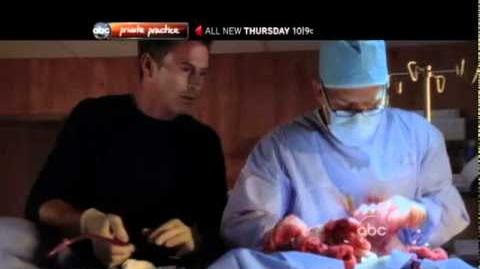 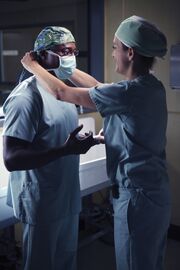 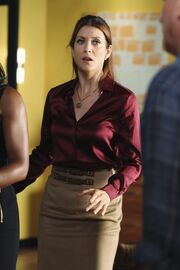 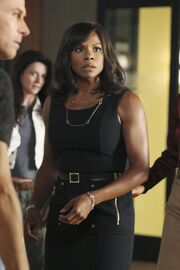 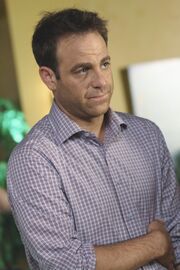 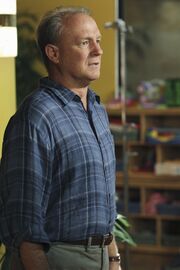 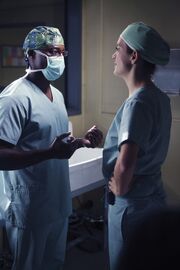 Addison: Who needs cereal when you can have chocolate cupcakes?
Naomi: You take my husband and all I get are chocolate cupcakes?
Addison: Uh...
Naomi: Wow, as far as guilt gifts go, you cheaped out a little.
Addison: No, no, Nai, that's not what this is. I didn't mean to...
(Naomi starts laughing.)
Naomi: I'm kidding.

(Everyone is watching Sam and Naomi fighting.)
Addison: Don't you all have better things to do?
Pete: Not really.
Charlotte: Don't think so.
Sheldon: I'm good here.

Amelia: You should hire me.
Naomi: Please don't beat around the bush for my account.
Amelia: You got a nice little practice here. I mean, the baby thing is covered. You got shrinks for the screw-ups. Specialists who handle anything from heart attacks to hernias. What you don't have, is a neurosurgeon.
Naomi: I'm listening.
Amelia: I graduated top of my class at Harvard, I did my residency at Johns Hopkins, I published enough research to singlehandedly wipe out several forests. I'm the real deal, Naomi. I'm a kick ass, world class catch.
Naomi: Did Addison coach you on how to sell yourself?

Charlotte: I hate your place, Cooper. Cause it reminds me of all the things I screwed up, all the fights we had. You not letting me in the front door after you found out I was building a practice downstairs, standing like an idiot with a cornbread chicken casserole in your bedroom, trying to make up after I tried to force you to elope, fighting over that damn latex jumpsuit after I bought you into the practice... We can't move forward if that stares me in the face every day.

Sheldon: Sometimes, what we wanna be and what we actually feel can be two different things. I'm not proud of it, but once, when no one was around, I licked Pete's bagel. Okay, I"m a little proud of it.

Naomi: (reading from a paper) You're selfish, Addison. You always have been. The tunnel vision that makes you a great surgeon also makes you a crappy friend.
Addison: What?
Naomi: Please let me finish. Sheldon told me to do this. Please, just let me finish. You're a cheat, and while Sam and I aren't married anymore, you knew what you were doing was wrong. And so you lied to me. Every day you didn't tell me about the two of you, you lied, because you knew telling the truth would be hard. And you're a coward. You're my best friend, but when I look at you now, I just wanna slap you across the face. Okay, I'm finished.
Addison: You sure?
Naomi: I think so.
Addison: Feel better?
Naomi: Kind of.