Meredith speaks to a patients's daughter about her surgery

Give a Little Bit

Pro Bono Surgery Day is a day Meredith put together for patients to have surgeries they couldn't afford for free.

Wanting to help patients who were unable to get surgeries they needed due to the cost, Meredith organized a pro bono surgery day, a day during which patients could come in and get their surgeries without having to pay.

On the day, Meredith gave each surgeon their list of patients and the surgeries began. They hit a few delays, due to ORs being unavailable and last-minute schedule changes, but Tom agreed to pay for the overtime so they could complete all the scheduled surgeries. At the end of the day, Meredith announced to the waiting patients that they would all get their surgeries, no matter how long it took, and that going forward, pro bono surgery day would be a monthly event. 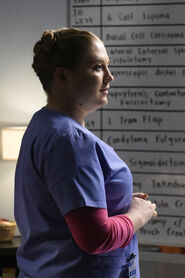 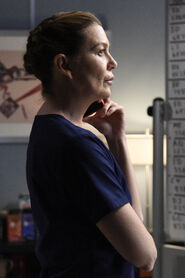