Hope for the Hopeless

Richard's 10,000th Surgery is the 10,000th surgery performed by Richard Webber in his career and the party that followed.

Richard, aware that an upcoming liver transplant would be his 10,000th surgery, told everyone he didn't want to make a big deal out of it. Bailey, however, told him about the party she had planned for him afterward. He then met with the patient Karen, who was receiving a liver transplant from her sister, Marcy. Before the surgery, Karen had bleeding at the end of her esophagus, a sign of liver failure.

The surgery went well, but Adele Webber showed up at the hospital during, confused. April brought her into the gallery to see Richard, but she believed Meredith was Ellis and got agitated. Richard used the song "My Funny Valentine," their song, to calm her and ground her. Richard then told Meredith to have Bailey cancel the party.

After putting Adele to bed, Richard came to Zola's birthday party. Meredith then got the idea to use the cake she'd made for Zola to celebrate Richard's surgery instead and surprised him with it. 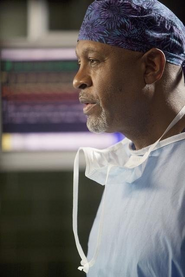 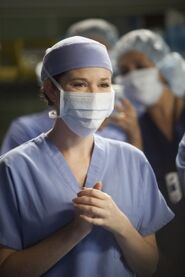