Crystal McCreary
Sabrina Webber was the niece of Richard Webber.

Sabrina came to Seattle with her father, Chris, to see her uncle Richard. She'd been diagnosed with a biatrial myxoma three weeks prior and decided she wanted to go to Seattle for treatment instead of Chicago, which is where her father wanted her to go. They went to Grey Sloan, not knowing that Richard didn't work there anymore. Maggie overheard them talking to a nurse and went to talk to them. She learned who they were and that they knew who she was, though she'd never heard of them. She drove them over to Pac-North to see Richard, where she revealed a picture of her tumor. Maggie did an exam and sent Sabrina to get new scans, since the type of tumor she had can grow quickly. The scan showed significant growth, which made her surgery emergent. Maggie wanted to operate right away, but Sabrina had reservations about Maggie operating because of their relationship. Maggie wasn't concerned about it, but Sabrina insisted, so Richard called the on-call cardiothoracic surgeon. Before the surgeon could arrive, Sabrina coded, so Maggie rushed her into surgery. She was put on bypass, but while Maggie worked, she noticed an unusual number of clots. The clots clogged the bypass machine, so they had to replace the machine. Maggie continued to work and did everything she could, but unfortunately, she wasn't able to save Sabrina.

She was close with her family, including her uncle Richard, who was not on good terms with the rest of the family, who all believe Richard thinks he's better than them because he became a doctor. 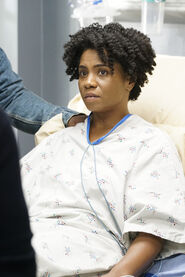 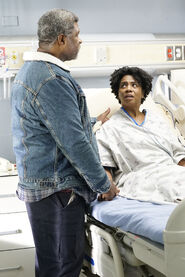 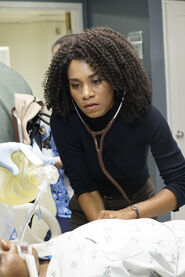