These Ties That Bind

Melissa George
Sadie Harris is a friend of Meredith's from after college who was briefly an intern at Seattle Grace Hospital.

Sadie was good friends with Meredith. Before medical school, they even went traveling in Europe together. They had a huge fight in Amsterdam that changed their friendship forever.

Sadie came to Seattle to be an intern at Seattle Grace, hoping that Meredith Grey would help her get through her internship. ("These Ties That Bind")

On her first day, Sadie joined the interns practicing procedures on each other. She encouraged them to use fewer pain meds in order to avoid detection. She cut her own shoulder and offered to let them stitch it up. Cristina became suspicious when Lexie knew something she hadn't taught her, which led to her discovering the interns. She told them to shut it down. ("These Ties That Bind")

Sadie agreed to let one of the other interns cut out her appendix on the condition she could do the same for one of them. Lexie agreed and started to operate with an epidural. When they got to the appendix, they saw that it was inflamed, meaning it wasn't routine. Sadie also had severe hemorrhaging. They called Meredith and Cristina in, who finished the surgery with the help of Bailey, needing to remove a portion of her cecum to stop the bleeding. After the surgery, Sadie was put on probation with all the other interns. ("In the Midnight Hour")

Sadie examined Holly Anderson in the ER and failed to notice signs of a basilar skull fracture, which ultimately led to her death. ("All By Myself")

While working on the case of Jackson Prescott, Sadie noticed a black spot on his duodenum, meaning the organs weren't suitable for transplant. ("Sympathy for the Devil")

When William Dunn started coding, Sadie tried to get Meredith to help him, but Meredith ordered Sadie to leave and find something else to do. ("Stairway to Heaven")

When Mark broke his penis, the interns watched his surgery and gossiped about who had done it. Sadie saw how uncomfortable Lexie was, so she confessed despite knowing it was Lexie. She also guarded the door so Lexie could be with Mark after his surgery. ("Stairway to Heaven")

Leo, Sadie, and Megan all had to work with Izzie in the clinic for a day. When they did procedures on patients, she also had them perform them on her. Sadie ended up mislabeling a patient's blood sample with the sample taken from Izzie.("Beat Your Heart Out")

Wanting to remind the interns, who were still on probation, why they loved medicine, Izzie Stevens put together a medical contest for them, which involved diagnosing patients based on symptoms presented to them and draping patients for specific surgeries. Sadie incorrectly draped her patient and had to start over. She later cheated by listening in when Lexie "diagnosed" Mark. She also pointed the ultrasound wand at Jen Harmon's baby's butt instead of his heart. ("Before and After")

Her mistakes drew suspicion from George, who worried about her knowledge lagging behind where it should be. He offered to help her catch up, but she said she didn't need a tutor. George told her she could go to the Chief herself or he could. Rather than be known as a cheater, Sadie quit and left the hospital. Before leaving, she tried to convince Meredith to come with her and start travelling again to be free, but Meredith declined. It's possible that Sadie decided to travel on her own. ("Before and After")

Callie Torres suspected that Sadie was flirting with her but she was never sure. Callie found her to be attractive. ("All By Myself")

When traveling around Europe with Meredith, they had a fight in Amsterdam. They made up, but never were as close as before. When Cristina and Meredith were fighting, Sadie advised Meredith to apologize to prevent it from happening again with someone else. ("Wish You Were Here")

Her arrival in Seattle caused some friction between herself and Cristina Yang, as Yang is jealous of their close relationship. She formed a friendship with Lexie Grey, after deciding that she "maybe isn't such a priss" and looking for allies. She proved her friendship to Lexie when she pretended to be the one to "break" Mark's penis, when the interns laughed at Lexie.

She delayed her residency by working in a morgue before starting her internship at Seattle Grace. ("These Ties That Bind")

Knowing that she is not "book smart," she came to Seattle Grace hoping Meredith could help her get through her internship.

Sadie began a friendship with fellow intern Lexie Grey, despite Meredith's warning that Lexie was naive, sheltered, and the kind of girl who grew up with "parents and rules and smiley face posters on her wall." Joining the group of Seattle Grace surgical interns starving for a chance to practice their skills, Sadie volunteered herself for an appendectomy, so the other interns could practice and learn how to perform the procedure, provided she was given a chance afterwards at performing another procedure herself. Sadie's life was seriously endangered when the surgery went wrong, though fortunately Meredith and Cristina managed to save her. She was put on probation, along with the other interns, and rebuked by Meredith for her poor judgment, though later she told Lexie that she is not sorry. To try to let Lexie off her punishment, Sadie told the chief that the appendectomy was her idea and her own fault, but the chief said that the decision was up to him, telling her that the only reason she was still at the hospital was because of her father.

Sadie participated in Izzie's game/competition for the interns, though her limited knowledge caused her to make serious mistakes in many of the tasks, such as draping a patient completely wrong for a whipple and using the doppler at "the fetus's ass" to find a heartbeat on an ultrasound. George noticed that Sadie was falling behind and asked her to talk to the chief, finally giving her an ultimatum - talk to the chief, or he will. As a result, Sadie quit, with George hinting to Meredith that she may have cheated her way into the surgical program. ("Before and After") 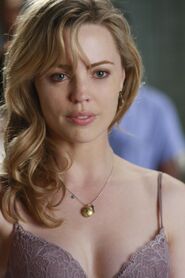 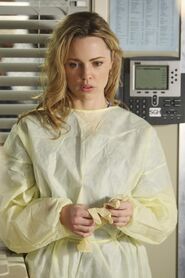 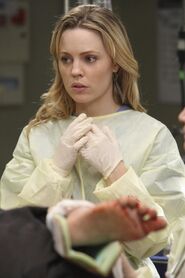 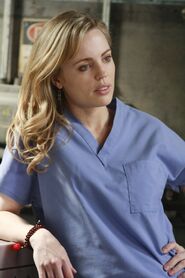 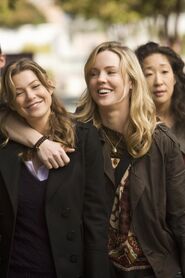