Meredith and Derek scrub together.

Save Me is the eighth episode of the first season and the 8th overall episode of Grey's Anatomy.

Cristina made an appointment to terminate her pregnancy.

Devo, 17, had a root canal and couldn't stop bleeding afterward, so she was sent to the hospital, where they detected a heart murmur. Her fever went down with antibiotics. She was diagnosed with Von Willebrand disease, which made her ineligible for the mechanical heart valve, meaning she'd need a porcine valve replacement. Devo declined due to her religious beliefs, but Alex found out that she could get a bovine valve instead. Using a video feed from a doctor who had performed the procedure before, Burke replaced her valve. She woke up stable after surgery.

Mr. Duff was put in the hospital by his family, who felt he was dangerous because he talked to dead people and claimed to have visions. He had seizure activity, so he was sent to get that checked on before he could be sent back to psych. He was diagnosed with an AVM. He didn't want to have the surgery because he still believed he was having visions. Izzie eventually convinced him to agree to have the surgery and after he woke up, he had another vision.

A 4th floor patient coded and attempts and resuscitation were unsuccessful.

Zoey, 47, had a frozen section biopsy to check for cancer. She was also pregnant. She declined to terminate the pregnancy. She reconsidered for a brief time before ultimately deciding not to terminate and continue the pregnancy, making her death inevitable.

Mr. Walker fell rock climbing and was left with ascending paralysis. Scans didn't reveal a cause, so Meredith suspected a conversion disorder. When the paralysis reached his upper body, Derek took him into surgery, believing there was a clot that the scans weren't showing. After hours of searching, they found the clot and evacuated it. After surgery, he woke up and the paralysis started to reverse itself.

George attempted to intubate a patient, but Burke had to step in and do it himself.

Olivia called George into a room to intubate a patient, which he did successfully. 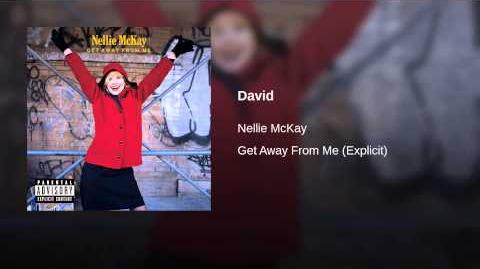 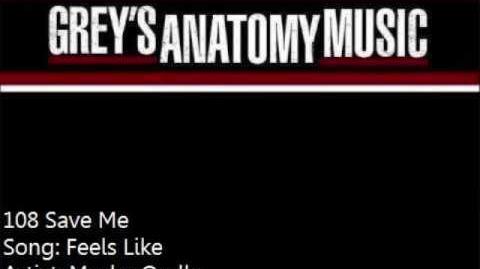 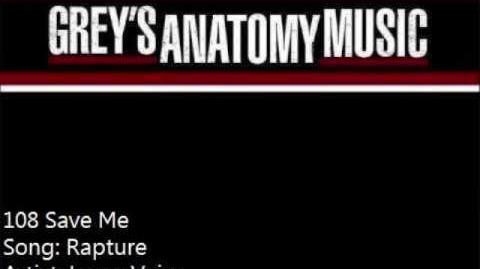 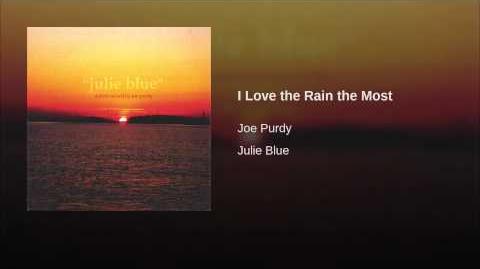 "I Love the Rain the Most" - Joe Purdy 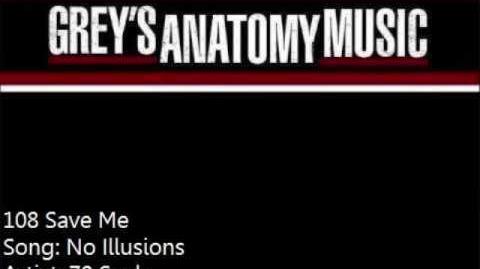 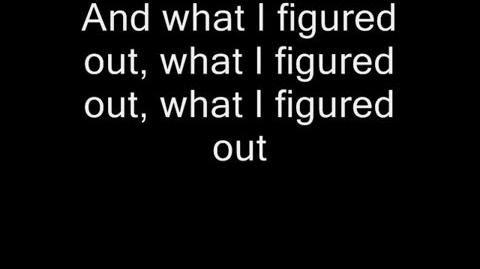 Meredith: I want facts, and until I get them, my pants are staying on.
Derek: Or you could just roll with it, be flexible. See what happens.
Meredith: I'm not flexible.
Derek: Now there I disagree... We'll find these things out. That's the fun part, you know? That's the gravy.

Derek: My mother's maiden name, Maloney. I have four sisters. I have, uh, nine nieces. Five nephews. I like coffee ice-cream, single-malt scotch, occasionally a good cigar. I like to fly fish. And I cheat when I do the crossword puzzle on Sunday. And I never dance in public. Um, favorite novel, The Sun Also Rises. Favorite band, The Clash. My favorite color is blue. I don't like light blue, indigo. The scar right here on my forehead, that's why I don't ride motorcycles anymore. And I live in that trailer. All this land is mine. I have no idea what I'm gonna do with it. So that's it. That's all you have earned for now. The rest you're just... just gonna have to take on faith.

Meredith: You know, you keep taking everything on faith. How do you know what's real and what's not?
Derek: You just do. You know some people would call this a relationship. Time to exchange keys, leave your toothbrush over.
Meredith: Who, who would call it that?
Derek: Me, I would.
Meredith: And I'm supposed to believe you? Show me something. Give me a reason to believe.

George: How's a pompous cocky jackass like you always have women all over him?
Alex: Little bluebell pills. Lots of them.
George: Oh, c'mon.
Alex: Float like a butterfly, sting like a bee. O'Malley, you think too much. Can't you see it? You gotta dance and jab, dance and jab! Like me. I am the Ali of this place.

Cristina: Dr. Bailey, I want off the psychic case, I'll take whatever you've got. Can I switch?
Bailey: Ask nicely.
Cristina: What? This is me doing nicely.

Retrieved from "https://greysanatomy.fandom.com/wiki/Save_Me?oldid=278017"
Community content is available under CC-BY-SA unless otherwise noted.