Start a Wiki
watch 00:30
Grey's Anatomy Season 14 Trailer
Do you like this video?

The promo poster for Season 14!

The fourteenth season of Grey's Anatomy premiered September 28, 2017, with a two-hour premiere. It was broadcast on Thursday nights at 8 PM on ABC.

After the fire, Miranda Bailey starts renovations at the hospital. She discovers she'll need more than new walls and paint to repair broken trust, tainted reputations and broken relationships. Against the backdrop of a year full of love, loss and groundbreaking changes, Meredith pioneers a revolutionary surgical technique that earns her a nomination for the coveted award named after its founder, Harper Avery. But when former legend Dr. Avery gets involved in a scandal, Meredith's efforts and the future of Grey Sloan are put in jeopardy.

The "Grey's Anatomy: Complete Fourteenth Season" boxset was released on October 25, 2018 in region 2. According to Krista Vernoff, it will not be released on DVD in region 1.

The boxset contains the 24 episodes of the season. The DVD box includes 5 discs. Other set details are:

The season 14 DVD set does not include any special features. 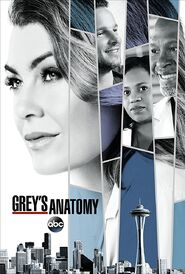 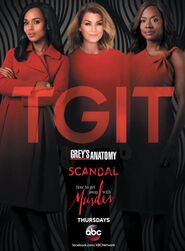 Add a photo to this gallery
Retrieved from "https://greysanatomy.fandom.com/wiki/Season_14_(Grey%27s_Anatomy)?oldid=301158"
Community content is available under CC-BY-SA unless otherwise noted.