Shake Your Groove Thing is the fifth episode of the first season and the fifth overall episode of Grey's Anatomy.

Meredith realizes she could be sued for making a mistake on a surgery. Her life gets more hectic hiding her mother's secret. George finds a towel in a patient, Izzie throws a party and Bailey catches Meredith having sex with Derek.

Ellis's Alzheimer's had progressed to the point where the lawyer who was controlling her estate said it was time for her to sign things over to Meredith while she was still lucid enough.

Mrs. Patterson was having surgery. While they were operating, Meredith nodded off and squeezed her heart and her fingernail popped through the glove she was wearing. When they tried to take her off bypass, she flatlined. They were able to stabilize her and close. Post-op, Meredith checked on her and she was doing okay. When she started bleeding from her incision, they took her back into surgery. Meredith then confessed that she popped the glove and that she suspected that she nicked her heart. They discovered a large tear in her heart, much larger than a fingernail. Her heart walls were very thin to start with it. Her husband said that she recently lost 100 pounds and was in the best shape of her life. The doctors concluded that the enormous weight loss caused some of the heart muscle to disappear along with the fat, but because Mrs. Patterson still weighed 200 pounds, she was never diagnosed as anorexic.

Stephanie came into the hospital with difficulty breathing. A chest x-ray revealed hyper inflated lungs and bullae, so they planned a bullectomy. They also noted that she'd had surgery at the hospital years prior. She says that she quit smoking, but she never felt like the first surgery helped. When they took her into surgery, they discovered not bullae, but a cloth, left from her prior surgery. They removed the cloth.

Jerry came into the hospital with severe back pain due to three-lumbar fusion. He had track marks on his arm and that, among other things, led Alex to suspect that he was a drug seeker. Derek told him to give him medicine and then refer him to a drug rehab and discharge him. Despite those instructions, Alex didn't start the central line. Derek found out and immediately told him to go start it. After he was given the drugs, he was much happier. Derek came in to have him discharged and told him to get some help. As they tried to discharge him, he fell on the ground and hit his head, causing a bleed. They took him into surgery. Post-op, he was referred to rehab.

Izzie checked on Warren Sterman, who had had surgery for a bowel obstruction. He had neither pooped nor passed gas, so he had to stay another night. Eventually, he did poop. 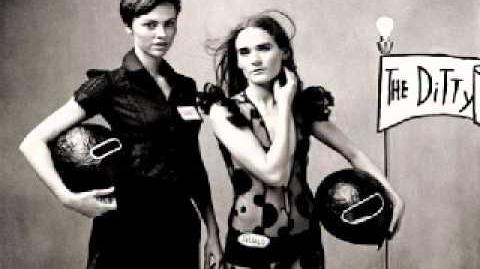 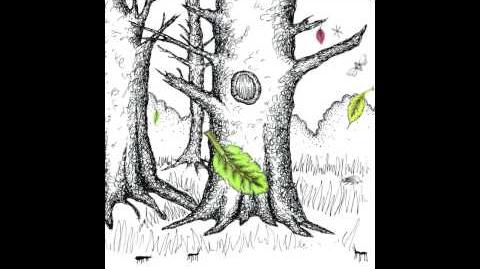 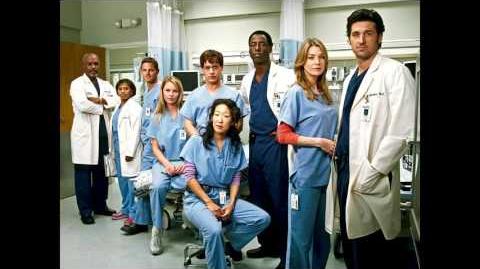 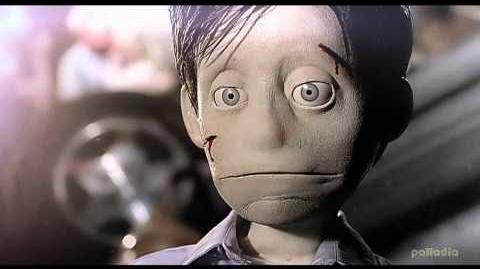 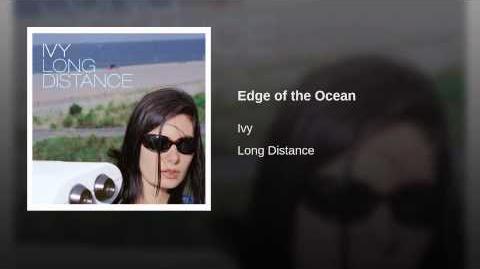 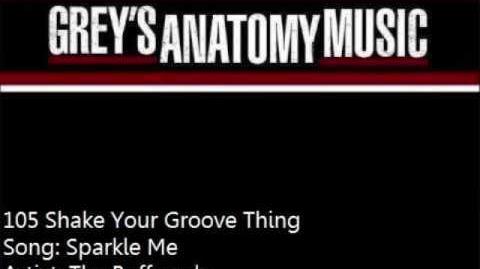 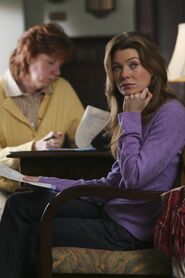 George: Who else did you invite?
Cristina: Izzie, we said the list was jocks only. Surgery, Trauma, Plastics. Who else?
Izzie: Just some people from peds.
Cristina: You invited the preschoolers to Meredith’s house? The next thing you’ll say is you invited the shrinks.
(Izzie looks away)
Cristina: She invited mental defects. This party’s DOA.

George: Is that a towel?
Miranda: Get a pan.
George: Where did that come from?
Richard: Best guess, her surgery five years ago.
Miranda: Something careless this way comes.

Meredith: We're adults. When did that happen? And how do we make it stop?

Cristina: Baby! You made it! Woo!

Alex: My father was into smack pretty heavy. He was a musician. It's tolerated in his line of work, not good for the family at home.

Hank: Izzie said she was going to be at home. She didn't say there was going to be a party.
Meredith: Which pisses both of us off. Would you like some tequila? It helps.
Hank: When do you think she's gonna get here?
Meredith: Don't know. But we're low on ice, Hank.
Hank: I'm serious.
Meredith: So am I.

Hank: There was a party at your house.
Izzie: Yeah, did you get a chance to hang out? I wanted you to meet some of the people I work with.
Hank: I don't care about the people you work with. I just want to see you.
Izzie: Hmm, well you didn't mind meeting the people I worked with when they were models.
Hank: Yeah, well, when they were models, you actually showed up to your own parties.
Izzie: Yeah. This is my life now, Hank. I work 100 hour weeks. I can't always show up to my own parties on time. My patients have to come first.
Hank: Yeah, I just flew across the entire country and there's 100 people at your house.
Izzie: Yeah, 100 people who understand what I do all day. I shouldn't have to apologize for that.

Derek: So you blew me off for a bottle of tequila. Tequila's no good for ya. It doesn't call. It doesn't write. It isn't nearly as much fun to wake up to.

Derek: You know, it sounds like the party's winding down. Listen to me. We should probably sneak inside, though.
Meredith: We've done enough sneaking for the night. It was good sneaking, but enough sneaking.
Derek: Yeah, I'd say we're pretty good sneakers.
Miranda: You mind moving this tail wagon? You're blocking me in.
Derek: Apparently not good enough.

Preston: Five years ago, as a CT fellow, I had a nagging feeling that I didn't check the body cavity of a lung patient closely enough before I closed. The patient seemed fine post-op and I was in a hurry. And yesterday, you and Dr. Bailey pulled a towel out from under that patient's lung. Why didn't I report it at the appropriate time? Maybe because I was afraid that I would be called into a meeting where some hospital lawyer's fear of liability could end my career. Even great doctors make mistakes. And when we do, we've got to have a chance to be able to speak up without fear of retribution. Or everyone suffers. Dr. Grey spoke up.

Alex: Missed your party?
Izzie: Life as a surgeon.
Alex: And loving every minute of it.

Retrieved from "https://greysanatomy.fandom.com/wiki/Shake_Your_Groove_Thing?oldid=294224"
Community content is available under CC-BY-SA unless otherwise noted.