Sloan Riley is the daughter of Mark Sloan.

When she was 18 years old, Sloan became pregnant. Her mother was very angry with her and kicked her out of the house. Sloan then decided to fly to Seattle to meet her biological father, as he was the only person she could go to. At first, she kept her pregnancy a secret from him and Lexie, but when she felt that they were about to kick her out of their apartment as well, she revealed her secret. Mark then decided to let Sloan stay with him and Lexie. ("Holidaze")

When Lexie did an ultrasound, she found out there was something wrong with Sloan's baby. He had bands of amniotic tissue around his legs. She thought she was wrong at first and took Sloan to OB where Elizabeth Chen agreed with her that something was wrong. She also informed Sloan that her baby was a male. Mark was so worried about his daughter and grandson that he immediately flew Addison to Seattle.

Arizona was called in as well, giving Sloan two options. She could either let Addison operate on her baby in utero, or she could wait, give birth, and let Arizona fix the problem after having given birth, rehabbing the remaining part of his leg and fitting him with prosthetics. Together with Mark, Sloan decided to let Addison operate on her. However, during surgery, Addison revealed to Mark she would have to go in the womb between two engorged uterine arteries, which was very difficult. Mark forced Addison to stop the surgery right away, as he was too worried something could go wrong. After surgery, Sloan was worried about the baby not having a leg, so Lexie suggested that they fly to Los Angeles to let Addison operate again and finish the surgery. ("Blink")

Lexie persuaded them to fly to Los Angeles to let Addison finish the surgery.

When Sloan's blood pressure went up rapidly, Pete used acupuncture to get it back down. While Addison was operating, the AVM blew, but Addison opened and was able to save her and the baby. When she woke up, Sloan asked of her mother. Saying she wanted her life back and didn't want a baby. Addison talked to Sloan about adoption. ("Another Second Chance")

Decision to Give Up the BabyEdit

Sloan returned to Seattle after she recovered from her surgery. She came to the hospital in order to get an ultrasound. She asked for an official form declaring the baby healthy, which she needed because she planned to give him up for adoption. Callie Torres gave her the form, but insisted that Sloan tell Mark about the adoption. He was upset and convinced her to keep the baby and give the baby to him to raise. She agreed, but later left without telling him, telling Callie she needed him to be someone else's baby. ("Valentine's Day Massacre")

Sloan came back to Mark's apartment late at night in labor. ("Sympathy for the Parents")

She delivered the baby with the help of Teddy Altman. The baby made no sounds initially, but started to cry after being stimulated by Arizona Robbins. They were then taken to the hospital, where Sloan was shocked to learn that she'd only be there for one day. She had purchased several small trinkets for the baby, many of which were choking hazards. She gave Mark the number to call Trish and Keith, the parents she'd chosen. When he hesitated, Arizona offered to make the call, but Mark said he could handle it. Sloan wondered where she'd go after she was discharged, so Mark offered to let her stay with him. She then suggested that maybe they keep the baby. Arizona tried to convince Mark to call the parents Sloan had picked, but he refused. However, when Sloan struggled to feed the baby, even with their help, Callie talked to Mark and reminded him that she was young and her instincts had led her to put the baby up for adoption. Mark called Sloan's mother and said she was coming to get Sloan and missed her. He told her that if she decided she wanted to keep the baby, he was all in, but not to keep the baby because of him because she'll always have him no matter what. ("Hook, Line and Sinner")

She is described as intensely vapid and rude. She even went so far as to call her own father an old perv.

Mark Sloan is her father. He had a relationship with her mother, Samantha, when they were young. Samantha got pregnant and Mark gave her some money and assumed she used it to have an abortion, so he was shocked when Sloan showed up 18 years later looking for him. She looked for him because Samantha had kicked her out when she found out Sloan was pregnant. 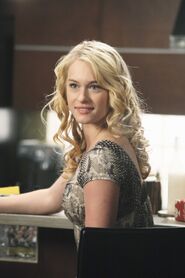 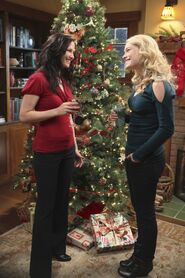 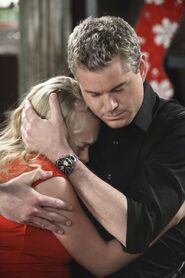 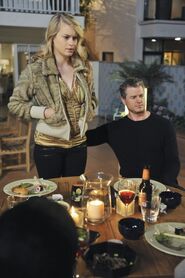 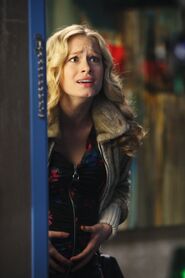 Retrieved from "https://greysanatomy.fandom.com/wiki/Sloan_Riley?oldid=313940"
Community content is available under CC-BY-SA unless otherwise noted.