The doctors cheer on their team

Put Me In, Coach

The Softball Game was a game of softball set up between Seattle Grace Mercy West Hospital and Seattle Presbyterian Hospital.

A softball game between the two hospital was organized. Brad McDougall, Chief of Surgery at Seattle Presbyterian Hospital, continuously disparaged Seattle Grace Mercy West, believing they had no chance to win.

Derek was supposed to pitch, but when it looked like he'd be called to do brain surgery, Owen started looking for a backup pitcher. Teddy begged to be considered, even trying to get Henry, a former pro baseball player, to stand up for her. When Owen learned about Henry's history, he hired him as an administrative assistant in order to make him eligible to play on the team. Henry helped Owen build his team, decided which positions the doctors would all play.

Soon after the game started, SGMW was down 8-0 and disheartened. Despite this, they continued to play until Bailey and Meredith started fighting in the outfield. Richard broke up the fight and the game continued. Once they were down 12-0, Owen and Henry agreed they needed to replace Teddy, who was pitching horribly. Lexie was called in to replace them. Before gameplay resumed, Owen gave them a rousing speech, saying that while they are all horrible softball players, they were great doctors and he was proud to lead them.

Lexie, at the pitcher's mound, was distracted by Mark and his new girlfriend, Julia, flirting and threw the ball at them after Julia jeered her pitching, hitting Julia in her breast. This effectively ended the game, with the Seattle Pres doctors worrying about Julia and Owen declaring it a win by forfeit.

After the game, the doctors gathered on the bleachers, where they drank and celebrated before leaving one at a time to go home. 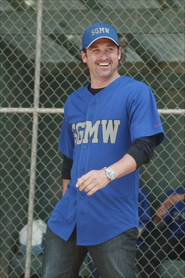 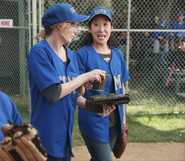 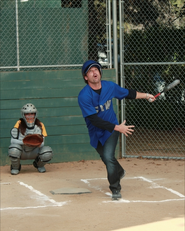 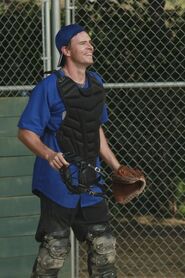 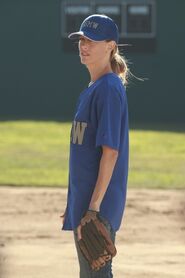 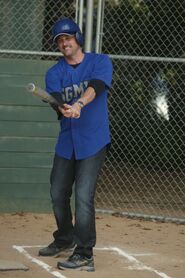